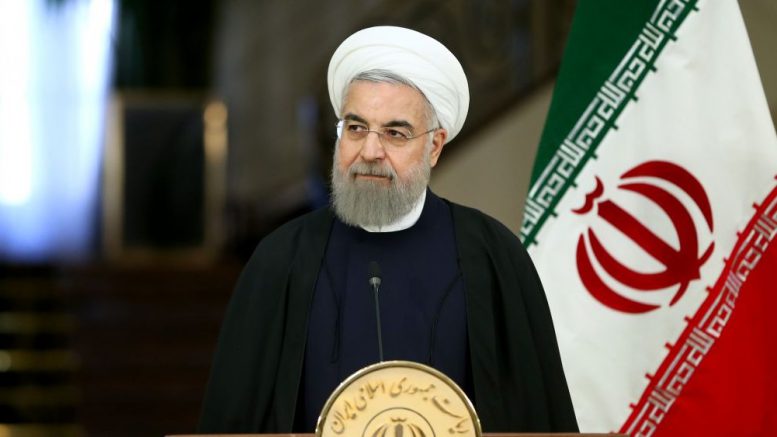 Iranian missile tests are legitimate and do not breach a UN resolution implemented as part of the 2015 nuclear deal, according to the Iranian foreign minister who said today:

“Our tests involve rockets without nuclear warheads,” Foreign Minister Mohammad Javad Zarif said at press conference in Tehran with French Foreign Minister Ayrault. “Therefore it is also not a violation.”

White House spokesman Sean Spicer said yesterday that the USA was looking into the exact nature of a ballistic missile test Iran launched on Sunday.
The medium-range missile was launched from a well-known test site outside Semnan, about 225 kilometres east of Tehran, and travelled 965 kilometres before exploding, according to America’s Fox News.
The test could be in violation of UN Resolution 2231, adopted by the UN Security Council in July 2015 as part of a nuclear deal between Iran and six major powers. Resolution 2231 requires Iran not to launch any missiles that are capable of carrying nuclear weaponry.

“These tests should not become a pretext for the US to engage in new games and friction.” Zarif said, adding that Iran does not require permission from foreign countries for the defence of its borders.

The European Commission was concerned about Iran’s missile programme and the eroding of trust over its missile tests.

“The EU reiterates its concern about Iran’s missile programme and calls upon Iran to refrain from activities which deepen mistrust, such as ballistic missile tests.” commission spokeswoman Nabila Massrali said.

Massrali claimed that the tests were “inconsistent” with UN Resolution 2231, adding, “Whether it constitutes a violation is for the Security Council to determine.”
The UN Security Council was set to discuss the missile launch later on Tuesday, said a spokeswoman for the Swedish mission to the UN, which currently holds the rotating presidency of the council.
Israeli Prime Minister Benjamin Netanyahu promised late Monday to push for a renewal of sanctions against Iran during his planned meeting with US President Donald Trump on February 15. Despite the UN resolution on the 25th December 2016 ruling that Israel is illegally occupying Palestine and demanding a halt to further settlements. Israel continues to bolster new settlements in blatant breach of all international laws without any repercussions or sanctions.