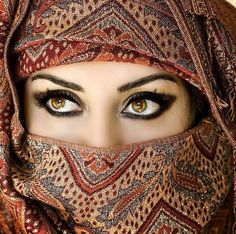 Austria’s coalition government has vowed to ban Muslim face-covering veils such as the Niqab and to restrict eastern European workers’ access to the labour market.

The measures are part of a package of policies agreed after five days of talks between the supposed centre Social Democratic Party (SPO) and its junior ruling partner the right wing conservative People’s Party (OVP).
Austrian chancellor Christian Kern expressed a reluctance at some of the new policies demanded by his conservative partners:
“We accepted the ban on full Muslim face veils. This is a deal which was not easy for us. There are pros and cons. But it is necessary for a joint government to agree on a course of action”
On the other hand Ausrita’s conservative Foreign Minister Sebastian Kurz took to social media expressing his satisfaction with the so-called popularist “burka ban” which the Social Democrats has previously blocked.

“These symbols of the counter-society like full veils such as the Burqa and Niqab or even where the Qu’ran is distributed these will be banned.” said Kurz.

The 35-page programme also includes beefing up surveillance and security measures, obliging migrants granted the right to stay to sign an “integration contract” and a “statement of values”.
There are also measures promising to lower taxes and non-wage labour costs and to create 70’000 new jobs. (Which will not be open to EU citizens from Eastern Europe)
Many of the measures set out in the programme must be hammered out in detail and receive parliamentary approval before they can come into final force, however the coalition has a determined outlook that all measures will be passed.
With a parliamentary election due next year, Chancellor Kern hopes the package will provide fresh impetus to an eight-month-old coalition which has bee described as “ineffective” by critics.
It is also designed to counter the rise of the far-right Freedom Party (FPO). The openly Islamophobic FPO has topped opinion polls for months, boosted by the influx of more than a million refugees into Europe in the past two years following Europe’s wars in the Middle-East. The coalition argues that the measures are responses to concerns citizens raised over their impact on jobs and security. Last month the FPO candidate came close to winning Austria’s presidential election.