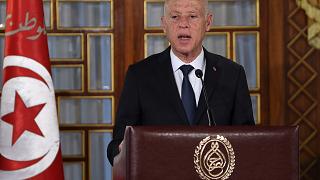 President Saied has assumed executive control stating that the measure is temporarily whilst he seeks a new prime minister and government officials.

Prime Minister Hichem Mechichi was dismissed with immediate effect on Sunday resulting in mixed emotions on the streets of Tunis, with many celebrating his removal due to allegations of poor management of the economy and the COVID19 crisis. Whilst a number of citizens expressed concerns that the country could slip in to dictatorship if the situation is not handled carefully.

The 63-year-old president, a former law lecturer, won a landslide election in 2019.

Saied has also ordered an investigation into three political parties suspected of receiving undeclared foreign funds before the elections in 2019.

The financial arm of the judiciary opened the probe on 14 July 2021, focusing on “the foreign financing and acceptance of funds of unknown origin”, prosecution spokesman Mohsen Dali said.

Civil society groups have issued a joint statement urging caution against any “illegitimate” extension of Saied’s 30-day suspension of Parliament, and demanded a timeline for political action.

The president said his actions were justified under the constitution, which allows the head of state to take unspecified exceptional measures in the event of an “imminent threat”.

The political turmoil has been brewing for some time amidst a backdrop of a crippling economic crisis, soaring inflation, high unemployment and a rampant COVID19 outbreak.

The Ennahdha Party, which was the largest faction in the coalition government, initially labelled the power grab a “coup d’etat”, a label dismissed by the international community. The US and  EU have however voiced strong concern and urged the president to quickly come to a peaceful resolution.