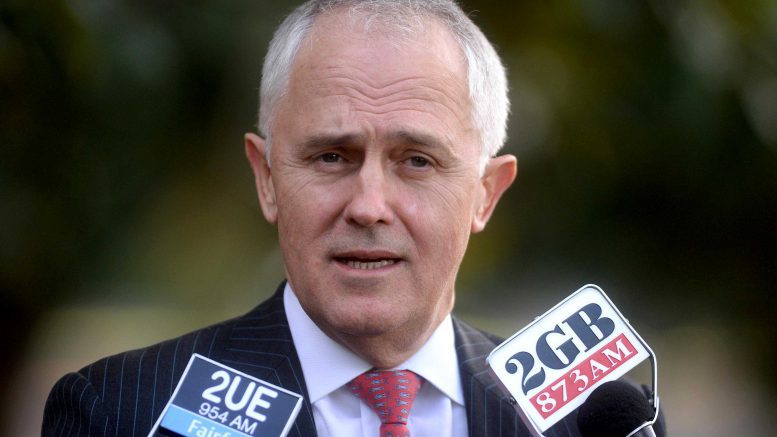 What will Trump do today? Call a world leader dumb and hang up, that’s what! Oh, and manage to let the entire call be leaked to the world’s media.

The Washington Post reported that Trump abruptly cut short the fiery conversation after criticising the agreement to re-settle people kept in Pacific camps, sparking a war of words with Australian Prime Minister Malcolm Turnbull on Thursday after the report surfaced.

Australia is considered a close USA ally, one of the “Five Eyes” alliance, with which the US routinely shares sensitive intelligence. The call might have been expected to be smooth sailing.

According to “The Post”, Trump’s assessment was quite the opposite.

Of Trump’s four conversations with world leaders that day “This was the worst call by far.” it cited him as telling Turnbull, shortly before he terminated the telephone meeting.

Turnbull said he was disappointed details of the “very frank and forthright” exchange had been leaked.

“As far as the call is concerned I’m very disappointed that there has been a leak of purported details of the call in Washington.” he told Sydney radio station 2GB.

“But I want to make one observation about it, the report that the president hung up is not correct. The call ended courteously.”

Critics have claimed that the Prime Minister needed to rebut claims that Trump hung up in order to maintain ‘face’ in domestic politics.

Turnbull added that Canberra had “very, very strong standards in the way we deal with other leaders and we are not about to reveal details of conversations other than in a manner that is agreed.”

The Post’s account is somewhat different from the official version of the call provided by both governments. Although Turnbull has recognised significant accuracies.

Turnbull said on Monday that Trump had agreed to honor the deal agreed with then president Barack Obama to resettle an unspecified number of the 1’600 people Australia holds in offshore detention centres on the islands of Nauru and Papua New Guinea.

There were fears the new US President would rescind the order after signing an executive order last week to suspend the arrival of refugees to the US for a least 120 days and bar entry for millions of Muslims around the world.

The implications of such a serious security breach that was able to leak a detailed private phone call between two world leaders has drawn wide spread concern after it has emerged that the leak came from the US side, according to Australian Media.