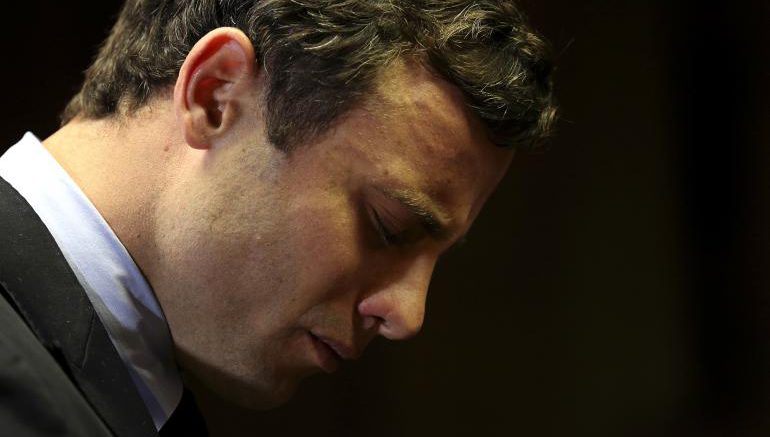 The family home of Paralympic Medalist Oscar Pistorius has been raided at gun point.

Lois Pistorius, 59, the aunt of Oscar Pistorius whom he called “mum” and with whom he lived whilst on bail, wife to the uncle who acted as his spokes person during his famous trial; was surrounded by four men armed with guns and hammers as she waited in her car to enter her mansion in Pretoria.
They stormed the property, where Oscar stayed while out on parole, and stole a purse and jewellery.
A maid and a security guard were also held at gunpoint during the siege, said family spokesman Johan van Wyk.

The gang then fled in a black car which was waiting for them outside.
Oscar Pistorius has a close close relationship with his aunt Lois, who he calls ‘mum’.
Lois’ husband Arnold, Oscar’s uncle, frequently acted as his spokesman following the killing of Reeva Steenkamp in 2013 .
Pistorius is currently serving a six-year sentence after his original conviction for culpable homicide was upgraded by South Africa’s Supreme Court to a conviction for murder.

Following the raid on the Pistorius family home, no arrests have been made.