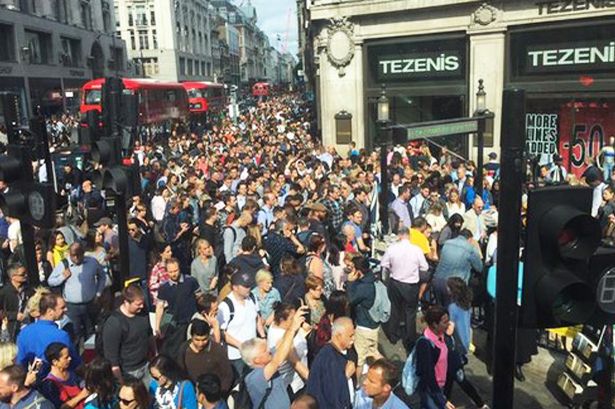 Sunday to Wednesday Tube Strikes have been called off

Tube strikes by London Underground workers due to start from Sunday evening over jobs have been suspended.

Members of the Rail, Maritime and Transport (RMT) union were due to walk out for periods of up to 16 hours at a time crippling the capital from Sunday evening until Wednesday morning.

TFL has warned passengers that there could be significant disruption across London next week during yet another planned strike.

The RMT have since announced that following negotiations, almost 60% of the original job cuts have now been reversed.

Station staff jobs were cut by around 900 and Tube ticket offices closed under previous London mayor Boris Johnson in a bid to halt the ever increasing London transport costs.

The RMT said its campaign, including industrial action, had led to 533 jobs being reinstated, and control rooms being reopened, a move likely to result in dramatic increases in fares once London Mayor Khan’s fare freeze ends.

General secretary Mick Cash said: “The fighting stance taken by RMT members since the jobs cull on our Tube stations was first announced has reversed nearly 60% of those savage cuts. That is a tremendous victory and a reflection of the resilience and determination of our reps and the membership right across London Underground. We will now continue to work on implementation of the new staffing arrangements at the local level and, as always, RMT remains eternally vigilant.”

The majority of Londoners have criticised the strikes as dangerous, greedy and selfish.

“In any other job, if you did not turn up for work you would be fired. In any other vital service which puts people’s lives and the economy of the nation at risk, you would be arrested.  I don’t know how they are even allowed to do this. To see the government cave in to bullying like this is ridiculous. This may pay more underground staff now yes, but the likely increased fairs will hit the poorest the hardest. This is completely a selfish move that should not have even been entertained.”