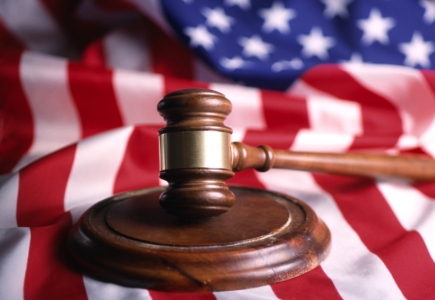 Now the Court of Appeals has denied Trump an appeal.

A Federal District Court in Seattle blocked Trump’s ‘Muslim Ban’ executive order, nationwide on Friday 3rd February 2017, the Justice Department have since appealed the ruling late the very next day (Saturday), saying that the president had the constitutional authority to order the ban and that the court ruling “second-guesses the president’s national security judgement.”

Earlier this morning (Sunday 5th February 2017) a federal appeals court rejected a request by the Justice Department to immediately restore President Trump’s targeted travel ban known internationally and unofficially as the ‘Muslim Ban’, deepening a legal showdown over his authority to tighten the nation’s borders specifically targeting Muslims (Excluding those from countries with which Trump has significant personal business interests) and Mexicans.

On Saturday night, as Trump arrived at a Red Cross gala at Mar-a-Lago, his own waterfront Florida resort, where he was spending the first getaway weekend of his presidency to relax from the stresses of the job, already, reporters asked him if he was confident he would prevail in the government’s appeal. “We’ll win,” he replied. “For the safety of the country, we’ll win.”  – He did not win.

The legal manoeuvring led Trump to lash out in a manner many have deemed childish and ignorant of the law, legal system and constitution at Judge James Robart of the Federal District Court in Seattle throughout the day. Prompting criticism that the president had failed to understand and failed to respect the judicial branch and it’s independent power to check on the executive’s authority.

Under most western nations (Barring the UK) their constitutions are built upon Dicey’s Rule of Law and devolution of powers. Meaning that the Legislative, Judiciary and Executive must all be independent and independently regulated and reigned in, in keeping with the limitations of the constitution to minimise interference with the public’s freedoms, liberties and private lives.  (Note, the UK has no constitution.)

In a Twitter post on Saturday, Trump wrote, “The opinion of this so-called judge, which essentially takes law-enforcement away from our country, is ridiculous and will be overturned!”

Judge Robart, who was appointed by President George W. Bush, declared in his ruling on Friday that “there’s no support” for the administration’s argument that “we have to protect the U.S. from individuals” from the affected countries.

The Ninth Circuit court moved quickly to reject the administration’s appeal, a measure of the urgency and intense interest in the case.