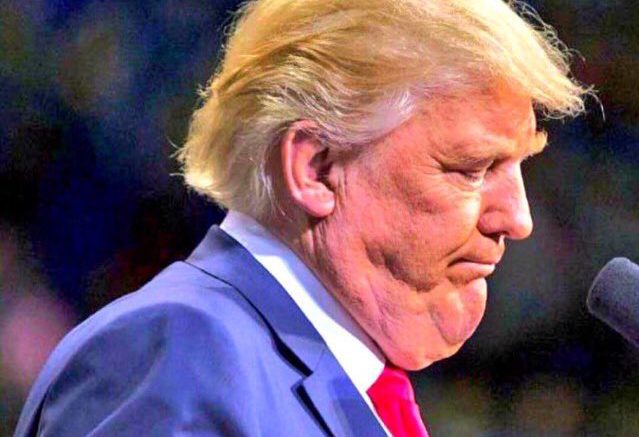 Trump’s business gains U turn in China under question

Just days after Donald Trump secured the White House, Trump scored a legal victory in a decadelong trademark dispute over the right to use his name in China for certain services.

The businessman-turned-politician’s application to register his Trump trademark to provide real-estate-agent services in commercial and residential properties in China, was provisionally approved after years of intense legal battle that appeared until now to be hopeless.

It wasn’t clear why officially Trump has now suddenly prevailed and more battles may still come, although some months later no mention of further action has been made by either party.

Of the 53 registered trademarks under the Trump name in China in categories ranging from clothing and beauty salons to pet care and golf courses only 21 are actually owned by Trump.

The Trump trademarks that the President doesn’t own, some of which were registered recently, include aquarium products, ammunition, explosives, poker cards and tennis rackets.

Zhou Dandan, a Beijing based lawyer at the Unitalen Law Office, which has represented Trump in this trademark issue and in other such cases since 2008, said Trump has become a household name, even in China, which could change the outcome in any potential trademark disputes in the future.

A spokesman for the Trump Organization declined to comment.

In 2006, Trump applied to register his Trump trademark in a slate of categories in China, including to provide real-estate-agent services in commercial and residential properties.

In 2009, the trademark office of China’s State Administration for Industry and Commerce, or SAIC, rejected that part of his application, saying the trademark was already spoken for: Two weeks before Trump’s application, a person named Dong Wei had applied for it.

It isn’t uncommon for people to squat on overseas brands’ trademarks or patents in China on the expectation the companies will settle rather than get tangled in lengthy litigation. In 2012, for example, Apple Inc. paid $60 million to buy the iPad trademark in China from a Chinese company.

According to a document from the Beijing High People’s Court, Trump was allowed to own trademarks to do business in a category that includes a variety of services in commercial and residential properties, including installment and repair of air conditioners, heating systems and escalators as well indoor furnishing and repair. However, Dong Wei, according to the court ruling, owned the right to use the Trump trademark to provide “construction-information” services, what lawyers described as essentially services by real-estate agents.

Trump requested a re-examination, and in February 2014 a review board of the SAIC ruled that Trump’s application was too similar to Dong Wei’s, which could lead to confusion for consumers.

The board rejected Trump’s appeal that Dong Wei “infringed on his right of name.” Dong Wei couldn’t be reached for comment.

Then Trump filed a lawsuit against SAIC at Beijing First Intermediate People’s Court, which upheld the SAIC ruling.

Several rounds and many years later, during which Trump argued that the person named Dong Wei was maliciously registering an existing and influential trademark, the Beijing People’s High Court dismissed Trump’s appeal in a final judgment on 18th May 2015, a month before Trump announced his presidential run. This should technically have ended the dispute with Ann unltimate ruling against Trump.

Ms. Zhou, who also has represented Trump in other trademark disputes that didn’t end up in court, said the ruling was no surprise as there was already an application for the trademark registered one she described as squatting.

“This ruling is fair,” said Si Weijiang, a Shanghai-based lawyer with no connection to the case. Si said, “Trump was so obscure in China that probably nobody knew his name.”

What has caused controversy is that Trump famously rejected China’s one state policy with an inflammatory and provocative call with the leader of Taiwan, an island which has a significant separatist movement.

After Trump reversed his stance on China and accepted the one state policy as President of the USA by what would be claimed pure coincidence China reversed it’s decade long ruling and allowed Trump his trad mark subject to a 90 day public notice.

This means unless there is significant public legal challenge in the next 90 days the ruling will be permanently reversed in favour of Trump.

World leaders for obvious reasons are not permitted to use their position in public office to secure personal financial gains. So it’s a good job this was just a total coincidence.