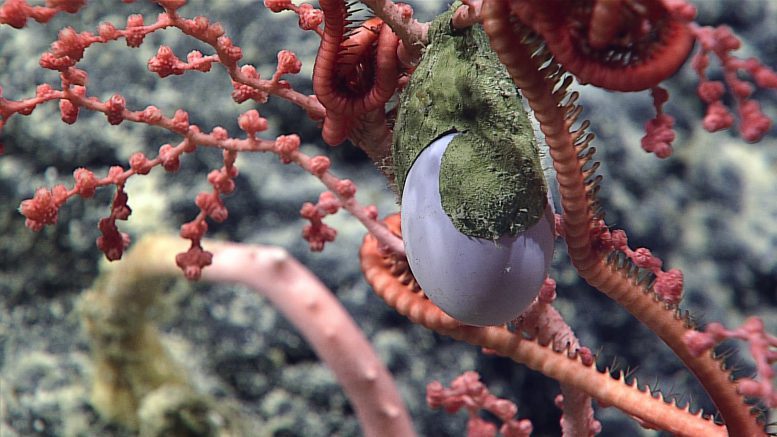 The NOAA’S Okeanos Explorer uncovered a mysterious plant producing a purplish egg-like object some 1840 meters below sea level and the scientific community on the internet is ugh ly perplexed.
The US, National Oceanic and Atmospheric Administration (NOAA) is in the midst of a three-week exploration of the unknown waters at Baker Island in the Pacific Remote Islands Marine National Monument and the Phoenix Islands Protected Area. 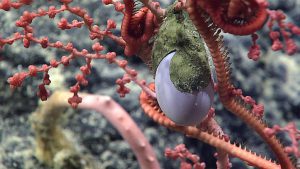 The goal of the deep-sea mission is to collect “baseline information” about what mysterious creatures lie within the uncharted territory.

During Saturday’s dive, the Okeanos Explorer team discovered a baffling purple egg-like object and posed the question to the internet: what do you think it is?

The team teased eager marine biologists on Twitter, Facebook and Instagram with the question, to which they received a multitude of guesses, including a Cephalopod egg, an Easter egg, Octopus egg, “some sort of sea tulip”, a shark egg, “the attack of the Pod People”, a nudibranch egg, “an odd mermaids purse”, but they have yet to put people out of their misery.

The country where everybody sees in only grey, black and white