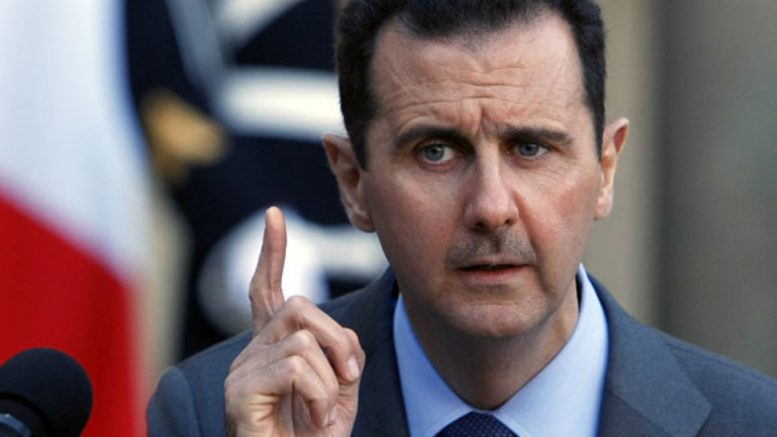 This week Syrian forces launched an air strike against anti-government terror groups in North West Syria. Russian other international observers such as Turkey claim that during the attack a chemical factory being used to create ‘dirty’ or chemical weapons was hit by the strikes.

The strike according to Russian observers who are present in Syria by invitation from the county, say the chemicals may have exploded on impact, accidentally killing civilians in the vacinity. However they added that Syria, a permanent member of the United Nations is unlikely to possess the technology for or arsenal of chemical weapons.

This comes days after a US air strike hit residential homes in Iraq killing large numbers of citizens.

Trump’s troops are not in Syria by invitation, with the country calling US military action an invasion and illegal attempt at assassination and regime change.

Trump accused Syria of using banned chemical weapons against the terror groups calling the international observers’ accounts regarding the strikes as inaccurate.

Trump retaliated by launching long range TommaHawk missile strikes on Syrian airports in a move the international community has called an irresponsible and illegal attack on a sovereign nation and it’s civilians.

Al-Sahawat Times | Number one in Oman and UAE | Read more…

Russian President Vladimir Putin believes that the US missile attack against a Syrian airport near Homs has violated international law.

Putin’s spokesman Dmitry Peskov said today that the Russian leader regards the US action as an act of “aggression against a sovereign nation,” which was carried out based on a “made-up pretext.”

The attack was a cynical attempt to distract the world from civilian deaths in Iraq, he added.

Peskov further said Russia did not believe that Syria possessed chemical weapons, and that the US attack would inevitably create a serious obstacle to creating an international coalition against terrorism.

Earlier in the day, the head of the defense and security committee at the Russian upper house of parliament said Russia will call for an urgent meeting of the UN Security Council over the attack.

Viktor Ozerov warned against the ramifications of the massive US airstrikes and missile strikes and noted, “This [attack] could be viewed as an act of aggression of the US against a UN nation.”

Chairman of the international affairs committee in the upper house of the Russian parliament Konstantin Kosachev also said Russia’s coalition with the US on the Syria crisis is in doubt following the attack.

The strikes were intended to “stamp an earlier verdict about Syrian President, Bashar Al-Assad’s responsibility for a alledged chemical attack in Idlib with gunpowder.” Kosachev said.

President Donald Trump gave the order for Washington to launch military strikes on Friday morning on a Syrian airport in response to an alleged chemical weapons attack in the town of Khan Sheikhun, Idlib Province, earlier this week.

The Pentagon said the Russians deployed to the targeted military facility were given prior notice, and that the attack did not hit sections of the airbase where Moscow’s forces were reportedly present.

Since 2014, the Russian military has been providing air cover to the Syrian forces operating on the ground against the terrorist groups.