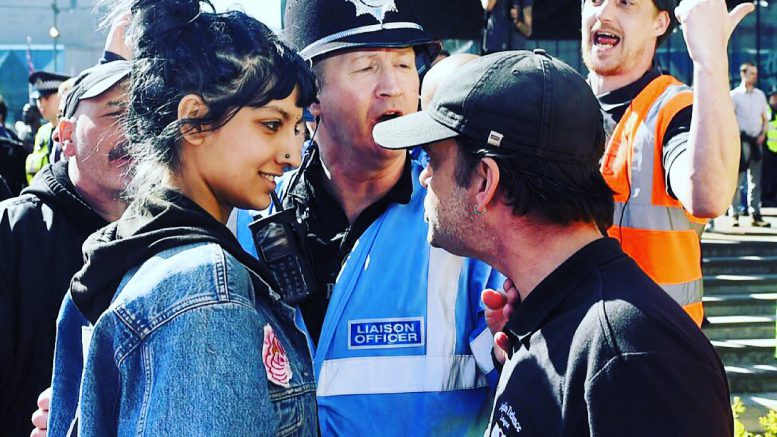 Saffiyah Khan made international news over the last few days for saving a stranger who was being attacked by EDL far right rioters in Birmingham.

Whilst most of the world rallied behind her heroism far right groups in the UK and Bosnia took deep offence.

Saffiyah was born and raised in the UK to a Bosnian-Muslim mother and Pakistani father.

Bosnia although mainly Muslim is home to a significant number of minority groups including the far-right.

Al-Sahawat Times received a record number of racial abuse correspondence aimed at Saffiyah from far right groups in Bosnia and the UK, whom both insisted Saffiyah was only “allowed” to identify as Pakistani.

Support for Saffiyah from Bosnian, British and Pakistani Muslims continues to flood in along with support from non-Muslims from all over the world.