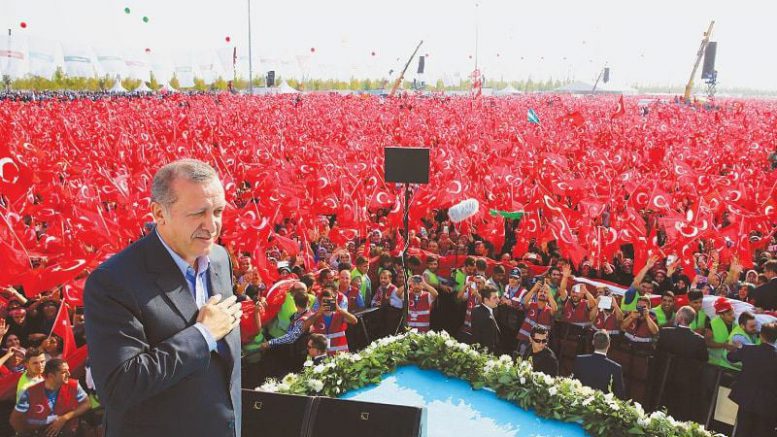 The US has said it is “deeply concerned” about a series of Turkish air strikes on Kurdish fighters in Iraq and Syria early Tuesday morning.

Kurds in Turkey, Iraq and Syria are fighting for an independent state which has earned them the label of officially recognised terrorist groups according to the respective governments.

More than two dozen armed Kurdish militia men died in the attacks, which appear to have hit Kurdish Separatists backed by the US.

American special forces are also embedded with and training Kurdish groups in northern Syria, leadign to concern about US casualties from unilateral Turkish air strikes in the area.

“Allah is Love and Islam is Love, Love is Paradise”

“We have expressed those concerns to the government of Turkey directly.”
The outlawed terror group YPG said that Turkish war planes bombed the headquarter’s of the YPG’s General Command in northern Syria early Tuesday morning.

The YPG called on Kurds to take arms against the people of Turkey as a result. YPG have been responsible for mass bombings of civilians throughout Turkey for many years.

In a statement the YPG said at least 20 fighters were killed in the 02:00 strikes, while another bombing also hit Kurdish Peshmerga fighters in Iraq’s Sinjar province.

Turkey claimed 70 “terrorists” were killed in the attack, and accuses the YPG of being linked to the banned Turkish-Kurdish group the Kurdistan PKK which has been fighting a brutal and dirty war of terror against Ankara.

Continued ground and air strikes by Turkey and Ankara-backed rebel forces has angered Washington who backs, trains and supplied the Kurdish separatists.

“We are also cognizant of the threat that the PKK poses to Turkey… But these kinds of actions frankly harm the coalition’s efforts.” added the US state department spokesperson.