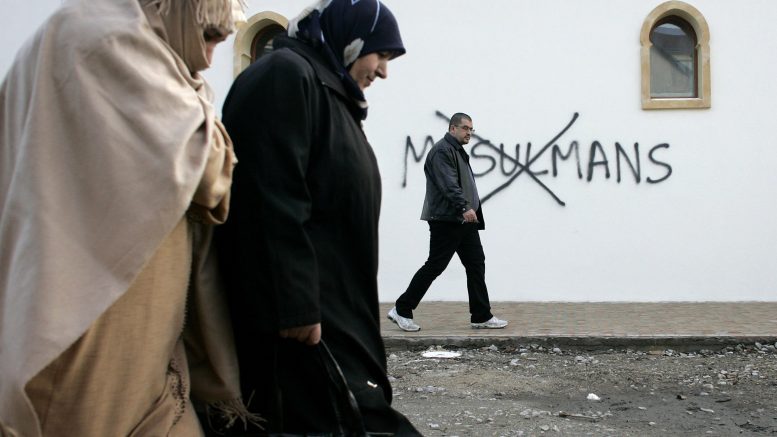 Talking to Al-Sahawat Times French police say they have arrested a man who tried to drive a car into a crowd outside a mosque in the Paris suburb of Créteil on Thursday evening (June 29).

The driver apparently failed to get past protective barriers and no one was injured other than the attacker. The mosque’s managers said several hundred people had been gathered there for the prayer.

“we were wondering what the man’s motives were,  he apparently wanted to cause harm.”  he added.

The driver successfully fled the scene but was arrested at his home.

Le Parisien newspaper reported that the driver said he wanted to avenge attacks on the Bataclan concert hall and the Champs-Élysées, both claimed by individuals swearing indirect loyalty to Daesh in Syria and Iraq.

French Police are treating the incident as an act of terrorism.

The incident comes only 10 days after a man rammed a van into a crowd of worshipers outside a mosque in Finsbury Park in London, killing one man and injuring several others.

Far right attacks against Muslims in Europe reached record highs in 2016 after the UK Brexit vote and continues to rise. Physical attacks mainly against Muslim women and attacks and vandalism of Mosques reached figures never before seen in both UK and France with much of the EU reporting significant rises in such crimes.

The balance of peace between ethic groups in Europe has been tested throughout 2017 with deadly attacks claiming lives from, Right Wing extremists, anti-war activists and religious fundamentalists.