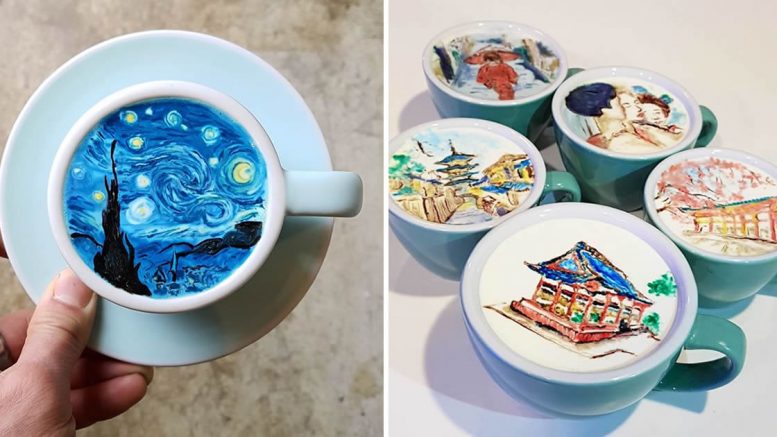 South Korean barista Lee Kang-bin is taking coffee art to the next level, creating miniature imitations of famous paintings on foamy cups of java at his central Seoul cafe.

With meticulous strokes of tiny brushes and spoons, Lee, 26, recreates the likes of Vincent van Gogh’s “The Starry Night” and Edvard Munch’s “The Scream” using thick cream stained with food colouring atop a cup of coffee.

The result of the painstaking 15-minute process is a 10’000 won ($8.71 USD) cup of cold coffee that has won Lee thousands of fans at his cafe and online.

“One time I drew ‘The Starry Night’ and it looked so special as the famous painting placed on top of coffee. After that, lots of people ordered that coffee,” Lee said, as he copied the painting off an image on his smartphone.

“Customers usually ask me to draw their favourite art works,” he added.

On his Instagram profile where he regularly posts images and videos of his so-called “creamart,” Lee says he has never learned to draw. He started brewing coffee at age 17, during his mandatory military service and enjoyed it so much that he bought a coffee machine and opened his first cafe for fellow soldiers in his camp near the border with North Korea.

Customers at his cafe are delighted with Lee’s art, which ranges from intricate paintings to cheeky recreations of Disney cartoon characters like Aladdin and Bambi.

“I heard (on TV) that this barista draws these kinds of famous paintings. I think he has very talented hands,” said Kim Su-Kyung, a 24-year-old university student who recently visited Lee’s store, named “Cafe C. Through.”

South Korea’s per capita coffee consumption has nearly doubled since 1990 to 2.3 kg per person, according to the International Coffee Organisation, still roughly half the 4.5 kg that the USA consumes. 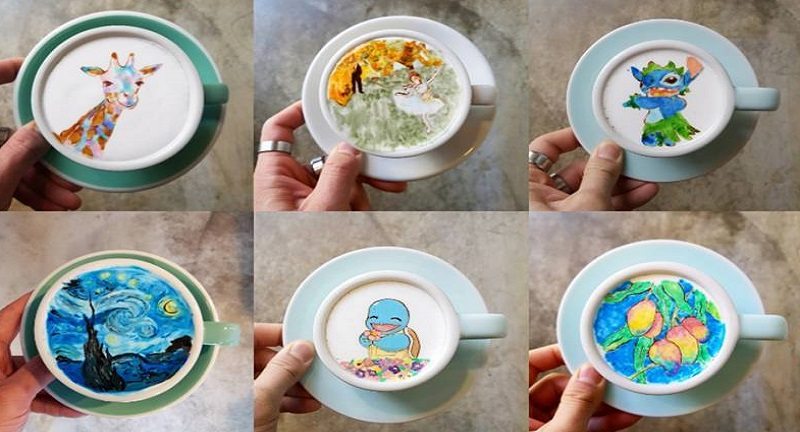 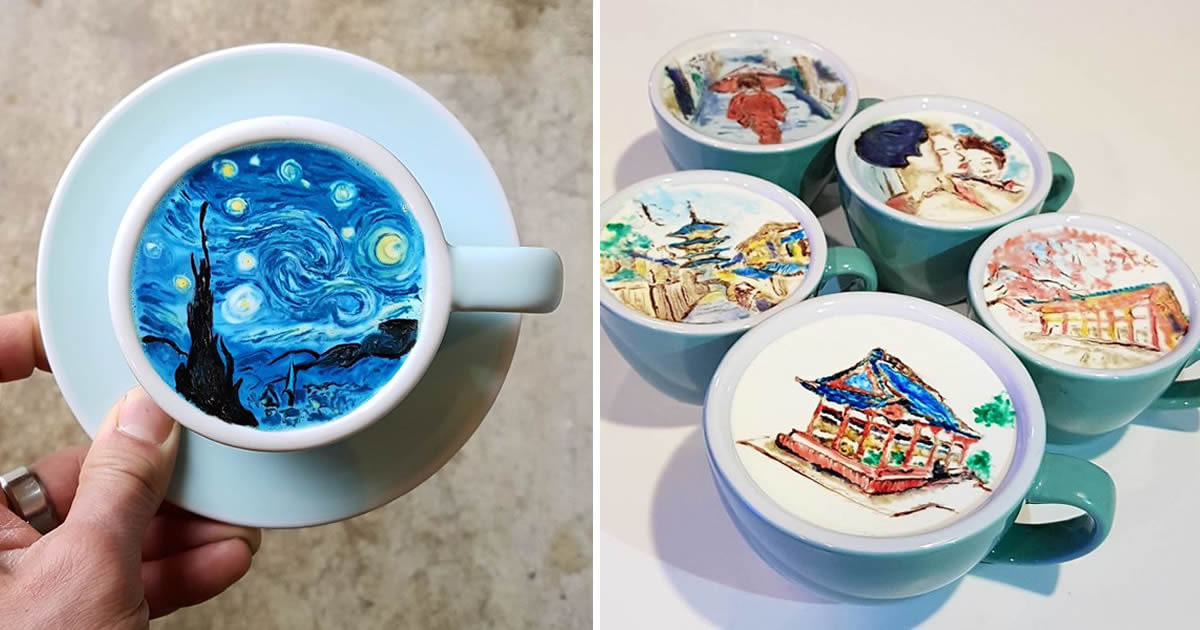 The Omani Mona Lisa up for auction in Muscat Oman