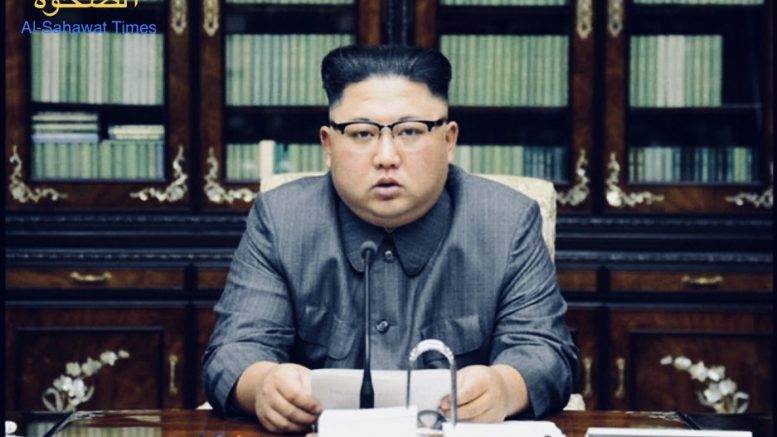 US president Trump is not best know for his diplomacy or intellect, but calming a situation involving nuclear powers by threatening to “totally destroy North Korea” in all out nuclear war is possibly his most idiotic moment, highly condemned by the UN international community.

North Korean leader, Kim Jong-un has said remarks by “deranged” US President Donald Trump have convinced him he is right to develop weapons for North Korea.

In an unprecedented personal statement, via state media, Kim Jong-Un said Mr Trump would “pay dearly” for his recent speech at the UN.

The US president said on Tuesday that if the US was provoced it would “totally destroy” North Korea.

Refusing to rule out all out nuclear attacks on North Korea and it’s civilians, Trump also mockingly called Kim Jong-Un a “rocket man” on a “suicide mission”.

The two countries have been engaging in increasingly heated rhetoric in recent months.

North Korean Foreign Minister Ri Yong-Ho, who had earlier compared Trump’s speech to “the sound of a barking dog”, has warned that Pyongyang could test a record breaking hydrogen bomb in the Pacific Ocean in response to the US president’s threat.

“It could be the most powerful detonation of an H-bomb ever in the Pacific.” Mr Ri said, quoted by South Korea’s Yonhap news agency.

However, he added: “We have no idea about what actions could be taken as it will be ordered by leader Kim Jong-Un.”

The prospect of a hydrogen bomb being tested in the Pacific raises the terrifying spectre that North Korea-watchers have mulled for some time, but one which  the west did not seem realistic until this year.

Kim Jong-Un could conduct an atmospheric nuclear detonation in the Pacific Ocean.

There are two mechanisms for a test like this. One is for Kim Jong-Un to mount the nuclear device he showed the world before his 3 September 2017 nuclear test and fire it over Japan, into the Pacific Ocean, and demonstrate a credible long range thermonuclear mega explosion with the capability to hit mainland USA.

Presumably, witnessing this feat would “tame” Trump into accepting the “equilibrium” that North Korea alluded to earlier this week – a state of stable nuclear deterrence.

“North Korea wants to show it is in a peaceful equilibrium, a state of stable mutual deterrence.”

Given the inadequacy of existing US and Japanese ballistic missile defence systems, it is far from likely that such a test could ever be intercepted.

The risks are immense. Civil aviators and mariners in the target area may perish, given that North Korea does not offer international warning of its missile launch plans – unlike other states that routinely test ballistic missiles. Yet this lack of warning is due to the west’s sanctions against non western powers having nuclear arms.

The environmental damage and fallout could be catastrophic. Moreover, should the missile fail over Japan – or prematurely detonate – the consequences would effectively guarantee a nuclear war in retaliation.

North Korea could choose not to use a missile for a test like this to mitigate some risk, but still demonstrate an awe-inspiring capability.

A second mechanism could be to remotely sail an unmanned ship out to sea with a nuclear device and detonate it. Here, the odds that US intelligence would detect and interdict the North Korean vessel are higher.

Kim Jong-Un said in an English language statement carried by state news agency KCNA that Trump’s remarks “have convinced me, rather than frightening or stopping me, that the path I chose is correct and that it is the one I have to follow to the last”.

He said “now that Trump has denied the existence of and insulted me and my country in front of the eyes of the world and made the most ferocious declaration of a war in history”, North Korea would consider the “highest level of hard-line countermeasure” to make Trump “pay dearly for his speech”.

He ended by saying he would “surely and definitely tame the mentally deranged US dotard with fire”.
Experts say this is the first time a North Korean leader has made a direct address to an international audience.

The statement came shortly after the country’s delegation arrived in New York for the UN General Assembly. Analysts say that for this reason it merits serious and thorough consideration.

Rather than carefully rethinking his words, Trump on Thursday signed a new order boosting sanctions against North Korea, where the US treasury would target firms and financial institutions doing business with Pyongyang, regardless in which country they were based.

Trump’s actions hav been called wreckless, dangerous and useless by many global leaders.

Trump continued: “For much too long North Korea has been allowed to abuse the international financial system to facilitate funding for its nuclear weapons and missile programs.”

The UN Security Council had approved new rounds of sanctions earlier this month aimed at starving North Korea of fuel and income, which were in response to Pyongyang’s much-condemned sixth nuclear test on 3 September.

North Korea was one of the top issues dominating the agenda at the UN General Assembly in New York, where several speakers called for a de-escalation of tensions. Despite Trump calling for all out war.

Russian Foreign Minister Sergei Lavrov warned that “military hysteria” over the nuclear testing would lead to “disaster”, while China’s Foreign Minister Wang Yi told Pyongyang not to go in a “dangerous direction”.

Wang told the UN on Thursday that there should be no new nuclear weapons on the Korean peninsula “whether it is in the North or the South”. This is in reference to the US heavily arming the South Korean state. 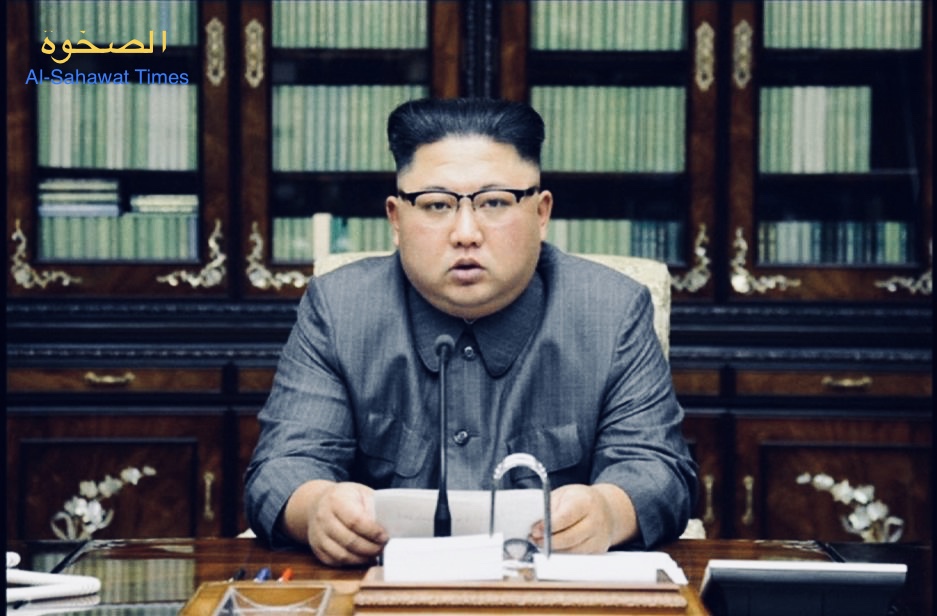