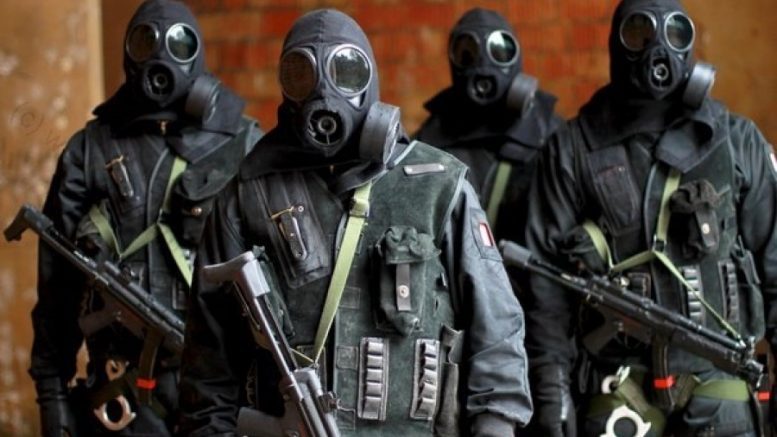 UK SAS on trial for war crimes in Afghanistan

UK Special Air Services (SAS) are alleged to have murdered unarmed Afghan civilians, including women and children in cold blood, before covering up the details of their alleged war crimes.

The shocking claims emerged in Operation Northmoor, a classified multimillion pound investigation carried out by the Royal Military Police, who uncovered more than 600 separate incidents of alleged war crimes committed by the British SAS in Afghanistan in recent years.

According to senior defence sources and military police who are familiar with the investigation, the evidence gathered on the SAS’s war crimes is ‘credible’.

A source close to Op Northmoor said that there is strong evidence that unarmed Afghan civilians were murdered during the night in their own homes.

In one case from 2011, which is now being formally investigated, SAS soldiers are accused of handcuffing and hooding some of the victims including women and children before later shooting them dead.

Alegations range from murder, mutilation, rape and torture to destroying evidence and perverting the course of justice.

After the alleged murders, SAS mission reports are said to have been doctored to make it look as if Afghan special forces, rather than British soldiers, had carried out the atrocities.

Similar crimes including use of banned weaponry such as chemical and radiation weapons such as white phosphorus and spent plutonium were made against the UK military in the Balkan wars, Syria and Iraq also.

Because of the blame the SAS placed on Afghan forces, the killings weren’t investigated at the time.

However leaked drone and other footage obtained by Operation Northmoor, nicknamed ‘kill TV’, is said to show British soldiers opening fire on unarmed people. An examination of bullets found in the victims’ bodies showed they were a type only used by the British SAS.

A senior Whitehall source told the press that the Ministry of Defence and the army’s most senior generals saw the evidence of “mass civilian executions” by British forces in Afghanistan as “highly credible and extremely serious.”

Footage of just one of over 600 separate incidents shows 52 unarmed civilians being abused the executed at the hands of British troops.