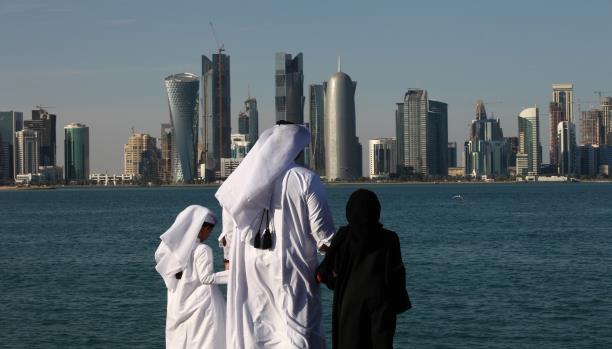 Kuwait, which is brokering peace talks in the Qatar Crisis, received an unexpected formal response from Qatar.

Qatar’s foreign minister  arrived in Kuwait with a handwritten response to demands by four Arab nations.

Kuwait is acting as mediator in the crisis between Qatar and Saudi Arabia, the United Arab Emirates, Bahrain and Egypt. With several other national imposing sanctions on or cutting ties with Qatar.

Delivery of the letter came just hours after the Arab nations extended by yet another 48 hours a deadline on Sunday for Qatar to meet their demands.

The contents of Qatar’s letter at this point in time have been kept classified by Kuwait until disclosure has been made to all parties involved.

Chris Doyle, Director of the Council for Arab-British Understanding, told international press: “It’s an extraordinary list of demands, because essentially it would mean that Qatar could become merely a vassal state of Saudi Arabia. It would surrender its foreign policy, it would surrender and close down its media stations, not just Al Jazeera News Broadcasting but the entire network and other branches of its media output including websites, and there’s simply no way that it’s going to do that.”

“It’s not going to shut down, also, the Turkish (military) base in Qatar. I mean, other states in the region have such bases.”

Doyal’s comments were not well received internationally as the issues of contention focus on the allegations of sponsoring militant groups and destabilising the region. Doyal’s controversial comments raise interesting points yet fail to balance the argument, a mistake that could damage UK-Arab ties. The UK has significant financial and military ties with Qatar which the UK may not be able to survive without.

On Monday Al Jazeera, based in Doha, responded on air to the demand that it be closed down.

Under the hashtag #DemandPressFreedom, the station broadcast a video message.

“To those who demand that Al Jazeera be shut down and that people’s right to the truth be suppressed, we too have demands.” said key Al Jazeera presenters and reporters.

“We demand journalists be able to do their jobs free from intimidation and threat.”

In a crisis tense with so much emotion and with Western nations having vested fiscal interests it can be hard at times to find an objective and balanced account of the situation.

As it stands neither side is willing to back down, the GCC and African nations involved continue to extend deadlines in efforts to keep the crisis peaceful and diplomatic, keen to avoid any type of conflict in the region.

Qatar has also refused to back down yet has also expressly voiced it’s wish for a peaceful diplomatic solution with no wish for any type of conflict in the region.

If the dead lock can be resolved, stability, freedoms of movement and a much needed calm are likely to closely follow.