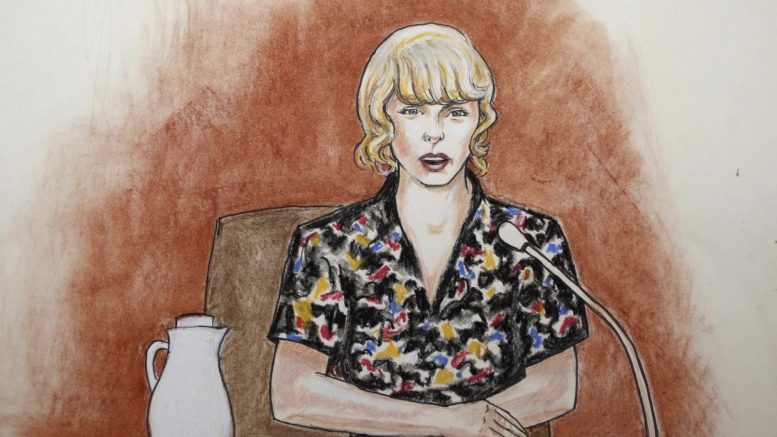 US singer, Taylor Swift, 27, has been in a 4 year legal battle facing a $3m payout and legal costs which may have ultimately lead to jail time.

The singer was accused of  “maliscious, false allegations” in which she alledged a radio presenter touched her bottom at a pre gig party in 2013.

Today a court in the US found the Swift not guilty.

Although ruling that he allegations were not malisxious, a jury is still to decide whether or not the allegations made against the male presenter are false.

Should the allegations prove to be false in court it is possible to re-open a case against Swift.