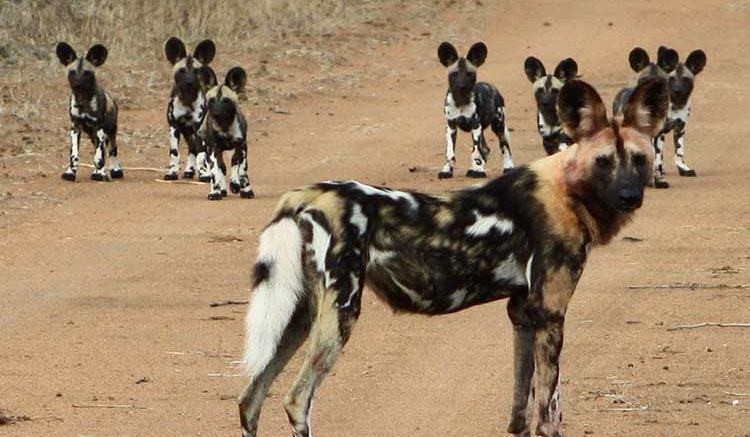 ‘The more sneezes that occurred, the more likely it was that the pack moved off and started hunting’

African wild dogs sneeze to vote on when the pack will go hunting, according to new research.

A team of scientists studying the endangered species in Botswana, finding that the dogs tended to group together and make the sneezing noise before moving away together.

The research, conducted at the Botswana Predator Conservation Trust and published in the Proceedings of the Royal Society B journal, found that dog packs tended to rest and then exhibit very energetic social rallies before going hunting.

The researchers analysed 68 such social rallies held among five dog packs in the Okavango Delta.

“We wanted to better understand this collective behaviour, and noticed the dogs were sneezing while preparing to go” said Neil Jordan, senior author of the study and research fellow at the University of New South Wales Sydney and Taronga Conservation Society Australia.

He added: “The more sneezes that occurred, the more likely it was that the pack moved off and started hunting. The sneeze acts like a type of voting system.”

It has long been established that certain animal groups need to coordinate their behaviour when choosing between different activities, and will use some kind of signal. Meerkats, for example, also use a vocal mechanism to alert each other about predators.

Reena Walker of Brown University and first author of the study found that each dog’s voice or sneeze was not equal.

If the dominant male and female were involved in the social rally, the pack only sneezed a few times before moving off.

“However, if the dominant pair were not engaged, more individuals sneezing were needed, approximately 10, before the pack would move off.” she said.

It had been previously thought the sneeze was simply for a dog to clear its airways.

The new research found that the sneezes had to reach a certain threshold before the pack successfully voted on the hunt.  (Thought to be 10 votes in a pack with a typical pack consisting of 20 to 45 individuals.)