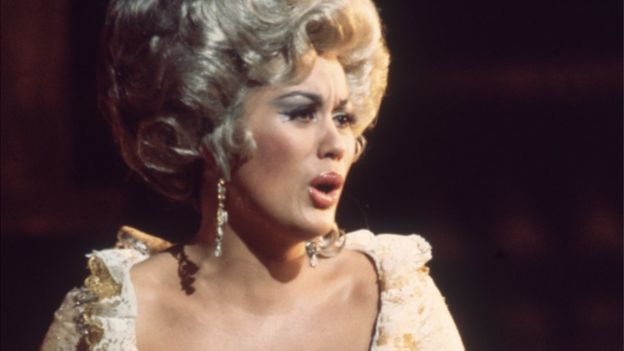 Dame Kiri Te Kanawa, one of opera’s most celebrated stars, has confirmed to Al-Sahawat Times that she will never sing in public again.

Dame Kiri, 73, said that she stopped performing a year ago, but has not announced her retirement until now.

“I don’t want to hear my voice,” said the soprano, whose career has spanned more than half a century.

“It is in the past. When I’m teaching young singers and hearing beautiful young fresh voices, I don’t want to put my voice next to theirs.”

Dame Kiri has appeared at all the world’s major opera houses and concert halls. She made her name in 1971 when she was cast as the Countess in The Marriage of Figaro at Covent Garden. At the time she was barely known.

“I’ve had such an amazing career,” the New Zealander said. Dame Kiri was however adamant she wanted to decide “when it was going to be the last note”.

However, she admitted it took her five years “to say the goodbye in my own mind”, adding: “I’ve taken that time.”

What turned out to be her final performance was a concert in Ballarat near Melbourne in Australia last October. “Before I’d gone on, I said, right, this it. And that was the end.”

Dame Kiri, who is of part-Maori ancestry, said she had no regrets and doesn’t miss singing. She said: “Look what I had. The memories are lovely.”

She has certainly achieved a level of fame rare for a classical performer. Six hundred million people heard her sing Let the Bright Seraphim by Handel at the wedding of the Prince and Princess of Wales in 1981.

“I was told two or three months before, you will sing this song,” she revealed. “Can you imagine holding that inside you for months and months, not being able to mention it to anyone?”

But after the death of the Princess of Wales in 1997, she never sang it again. “I never wanted to,” she said. “When she died, I felt that I should put that song away forever.”

She has not even listened to the piece again since then. “In sort of respect for her, and the death and everything about it was such a terrible thing that I never wanted to hear it again.”

Dame Kiri was also the first singer to perform the Rugby World Cup anthem World in Union in 1991. Her other career highlights include a guest appearance in ITV’s Downton Abbey in 2013.
Her focus now, she said, was training what she called the future stars of opera through her own Foundation.

Dame Kiri is being honoured with a lifetime achievement award at the Gramophone Classical Music Awards. “It’s very, very special,” she said.
Nonetheless, she thinks it is “self-indulgent” to dwell on the past.

She insisted that when she did reflect on her career, she never felt completely satisfied. “I never really achieved perfection of the 100% that I would have liked to.

“I never actually came off stage saying, ‘I’ve really nailed it.’ Never. I always thought there was a mistake in it.

“I was constantly analysing through the whole of the performance what I’d done.”

Dame Kiri added with a wry smile: “I did keep trying.”