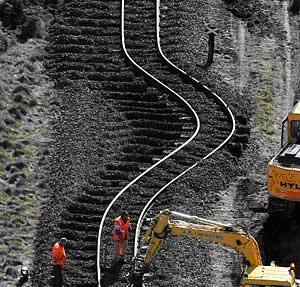 An undersea earthquake with a magnitude of 6.1 struck in the remote Southern Ocean south of New Zealand on Wednesday, the US Geological Survey (USGS) said.

The quake, at a shallow depth of 10 km (6 miles), was recorded 211 km (140 miles) west of the sub-Antarctic Auckland Island, off New Zealand’s South Island, the USGS said.

There were no tsunami warnings issued immediately after the quake.

At least 248 people have now been confirmed dead after huge earthquake struck Mexico City just hours before and a strong earthquake hit Japan in the same 24 hour time frame.

The quake was felt strongly in the capital New Zealand Wellington but no significant damage to buildings has been reported so far.

Train services and traffic were disrupted in the area for structural engineering checks.

Two smaller quakes  a 4.7 and 5.0 magnitude were also recorded off the New Zealand coast. These according to the USGS do not classify as major earthquakes.

New Zealand is prone to earthquakes as the country is situated on the boundary of two major tectonic plates, the Pacific and Australasian plates.

The quake hit while people were taking part in an earthquake drill, exactly 32 years after a major earthquake killed thousands in the city.

President Enrique Peña Nieto confirmed more than a significant number of children had died and dozens were missing after a school collapsed.

Mexico has been praised by the international community for the rapid and humanitarian response to the earthquake disaster. Thousands of Mexican severely and rushed to the aid of those trapped, lost or in need.