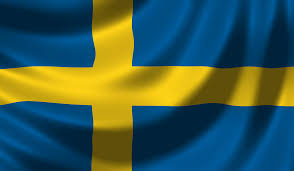 The Muslim Vikings and their forgotten history

With Spain’s future uncertain over Catalan independence a lot of attention was drawn to Al-Andaluz and the terrible and emotional history of genocide, torture and abuse as Spain was transformed from a long standing Islamic Empire to a Christian land at the hands of some of the most brutal ethnic cleansing in history.

But Spain is not the only part of Europe that was originally a Muslim land.

Today Europe is surrounded by the Islamic Balkans, North Africa and  Arabian Peninsula. Yet for centuries large parts of Europe itself were Islamic and peaceful.

Vikings are known to have ‘Allah’ embroidered into funeral clothes researchers in Sweden have found.

The Islamic origins of Europe have long been buried by force. Teaching this topic has been outlawed in schools in the majority of EU nations yet today Sweden follows in Spain’s footsteps and breaks the silence.

Arabic characters woven into burial costumes from Viking boat graves have been discovered on mass for over 100 years.

The discovery raised new questions about the influence of Islam in Scandinavia.

The clothing items were kept in storage for more than 100 years, dismissed as typical examples of Viking Age funeral clothes.

But a new investigation into the garments found in 1’200 year old graves has thrown up groundbreaking insights into contact between the Viking and Muslim worlds.

Patterns woven with silk and silver thread have been found to spell the word الله (Allah SWT).

The breakthrough was made by textile archaeologist Annika Larsson of Uppsala University while re-examining the remnants of burial costumes from male and female boat and chamber graves originally excavated in Birka and Gamla Uppsala in Sweden in the late 19th and mid-20th centuries.

She became interested in the forgotten fragments after realising the material had come from central Asia, Persia and China.

Larsson says the tiny geometric designs, no more than 1.5cm high resembled nothing she had come across in Scandinavia before.

“I couldn’t quite make sense of them and then I remembered where I had seen similar designs – in Spain, on Al-Andaluz textiles.”

Larsson then realised she was not looking at Viking patterns at all but ancient Arabic Kufic script.

There were two words that kept recurring. One of them she identified with the help of an Iranian colleague. It was the name “Ali” the fourth caliph of Islam and an important figure in Shi’a culture.

The word next to Ali was most significant.

To unlock the puzzle, she enlarged the letters and examined them from all angles, including from behind.

“I suddenly saw that the word ‘Allah’ (الله swt) had been written.” she says.

Larsson has so far found Allah written on over 10% of all burrial garments she has examined.

“The idea that some of those in the graves were Muslim is no longer a theory.” she says.

“It is very likely these findings show that Viking age burial customs were influenced by Islamic ideas such as eternal life in paradise after death.”

Her team is now working with the university’s department for immunology, genetics and pathology to establish the geographic origins of the bodies dressed in the funeral clothes.

Contact between the Viking and Muslim worlds has long been established by historic accounts and the discovery of Islamic coins across the northern hemisphere.

Two years ago, researchers re-examined a silver ring from a female tomb at Birka and found the phrase “for Allah” inscribed on the stone.

Again the text was Kufic, developed in the Iraqi town of Kufah in the 7th Century, one of the first Arabic scripts used to write down the Qur’an.

What makes Larsson’s discovery so interesting is that it is the first time historic items mentioning Ali have ever been unearthed in Scandinavia.

“The name Ali is repeated again and again as well as Allah,” she says.

“I know Ali is highly revered by the second largest Muslim group, the Shi’a, and have wondered if there is a connection.”

Ali was the cousin and son-in-law of the Prophet Muhammad SAWS, having married his daughter Fatima RA. Ali also became the fourth leader of the Muslim world after Muhammad SAWS died.

Although both Sunnis and Shia revere Ali as an important companion of Muhammad, he has elevated status amongst the Shi’a, who see him as the Prophet’s spiritual heir.

“The use of Ali does suggest a very strong Shi’a connection,” says Amir De Martino, programme leader of Islamic studies at the Islamic College in London.

“But without the phrase ‘waly Allah’ accompanying the name, meaning ‘friend of Allah’ – this would not be from mainstream Shi’a culture and might just have been copied wrongly from something that was,” adds De Martino, who is also the chief editor of Islam Today, a British Shi’a magazine.

“The pattern suggests Ali is being equated with Allah, and therefore there is a slim possibility it has some connection to very early, extreme, mystical fringe movements who believed in this
“But more likely it is a wrongly copied phrase.”

The fall of Islamic Scandinavia has long been accredited to their Shirk (the worst of sins in Islam, the worship or association of another as equals to Allah SWT).

The names Allah and Ali are often represented in enigmatic patterns inside the tombs and books of mystical Shi’a sects such as the Alevis and Bulgarian Bektashis to this day, but always they are accompanied by the name Muhammad. These can sometimes include mirrored script as found in Sweden.

But unlike Larsson’s find, these examples usually include both the name depicted the correct way around and the reflection.

For Larsson though, her discovery offers much promise for the future.

“Now that I am looking at Viking patterns differently, I am convinced I will find more Islamic inscriptions in the remaining fragments from these excavations, and other Viking era textiles.

The history of Islamic Europe has long been buried into obscurity intentionally following th genocides and crusades by Christian Europe.

However evidence points to Sweden as being one of the earliest reverts to Islam in the 600s CE (first century AH). The strong links to extreme Shi’a practice however as opposed to non denomination united Muslim Ummah is credited as the likely reason they were cut off from the rest of the Islamic Empire collapsing without fanfare.

The exact dates of the fall of Islamic Sweden unlike Islamic Spain are not yet known.

However it appears that Islam had faded from Swedish society by the 1100s CE returning in the 1940.