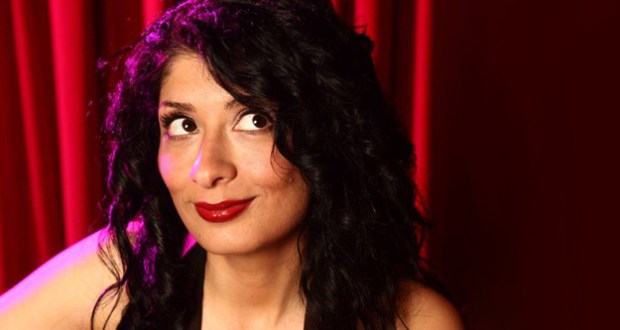 Touring the country has made me realise why Londoners are unfriendly and Scottish Highlanders like to chat.

I learned this in the chemist when I was forced to listen to a 10-minute conversation about a cocker spaniel’s mental health problems.

Londoners have a reputation for being unfriendly and impatient. Just the other day, a young woman sitting in a “priority seat” on the tube train I was travelling on was gently asked by a heavy pregnant woman to give it up. She refused.

“It’s not my fault you’re pregnant!” she declared, kissing goodbye to a Pride of Britain award nomination. “You chose to get pregnant. Why should I give you my seat?”

Had it been me needing the seat, I would have sat on her, but the pregnant lady seemed better-mannered than me. Perhaps she was an immigrant to London from Cornwall.

After some kerfuffle and raised voices, a City suit stood up and mumbled an offering of his seat to the mum-to-be. Little Miss Sunshine in the priority seat scowled at this audacious kindness. She had made it perfectly clear that pregnant women should be made to travel on the roof.

I doubt she would have behaved that way in a part of the country where it was likely that she’d bump into anyone on that carriage again. London’s vast and often transient community makes it an easy place be an unreasonable bastard.

The life of a stand-up comic has given me the great good fortune of constantly travelling the length and breadth of the United Kingdom.

I’ve performed in the big cities and the remote countryside. Places where, when you ask folk for directions, they don’t just point the way – they walk you there. I need at least a week to shake off London for this to not feel like the mother of awkward.

The Midlands are among the best for engaging a stranger in a chat. Don’t let the downbeat accent fool you – Birmingham folk, I’ve found, are the most confident natterers.

I am currently on the Hebridean leg of my standup tour. I’m writing this in Stornaway on the Isle of Lewis where I performed last night in a cafe in the woods. In the Highlands, you are forced to relax and shelve your self-important “I’m just so busy” London ways for a while.

The mountains put you in your place before the locals have a chance to.

The scenery up here reminds you what a puny bit of carbon you really are and you had better be nice because no one cares or has time for any uppity “me me me!” nonsense.

I learned this in the chemist when I was forced to listen to a 10-minute conversation about a cocker spaniel’s mental health problems before the lady at the counter finally rang through my piles cream.

I was then drawn into a jolly discussion about the agony of piles with utter strangers.

Loneliness is a big danger in London. For all its bustle and crowds and the abundance of things to do, if you are new to an area, how do you get mates?

It’s all right for children – they can bond in the park over something they’ve found. If I went up to a friendly-looking woman in the street and said, “Look at my stick! Do you want to hold it?” I doubt she’d be keen to come for cocktails.

Teenagers and party animals naturally find each other. But what do other people do?

I spent too long locked in lonely anxiety in my younger days to have any time for it now. I moved into a new area when I was a single, pregnant mum.

Myself, my five-year-old and my bump moved into to a new house, away from the nest of friends I had previously made. Before I’d unpacked, I marched to my neighbours’ houses on either side and the two opposite me and introduced myself.

Within days, my nextdoor neighbour on the left was deadheading roses for me and removing dead mice from under my garden furniture.

We look out for each other on our street. Our road is narrow and cars are parked on either side. If you have to get out of a taxi or are having the Tibetan prayer wheels you ordered online when tipsy delivered, It’s likely you will hold up traffic for a moment or two. Woe betide you if you beep at us to hurry.

The woman who beeped at my elderly neighbour to hurry out of her taxi one night was not expecting an army of us running out in our PJs to get all “London” on her.

London may never be like the Outer Hebrides but if we knock on doors, say hello and get our arses off seats a little quicker for others, we may become, at the very least, more Brummie.

Shappi Khorsandi is a British-Iranian comedian and daughter of Iranian poet, Hadi Khorsandi.