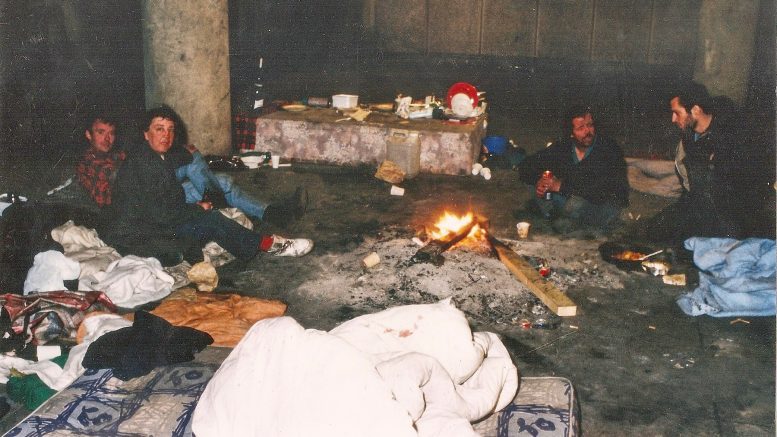 Universal Basic Salary: Finland sets the bar and shows the world how salary for all works.

“Finnish people are the only ones willing to give a hundred euros so that your neighbour doesn’t get fifty,” Sini Martinnen says.

“That kind of atmosphere here – it’s always ‘you’re taking from somebody else’.”

Martinnen lives in Paloheinä, a suburb of Helsinki, and is a participant in a radical social experiment.
Every month, she gets €560 from the Finnish Government.

And that’s it. She doesn’t have to prove she’s looking for a job, undergo training or be assessed for how fit she is to work. The money just lands in her bank account.

As working patterns change and as automation threatens more jobs, including white collar ones, people are looking for unorthodox solutions.

Here’s the idea: scrap the welfare state. Instead, pay every man, woman and child a monthly stipend – whether they have a job or not, whether they’re wealthy or not.

In January this year, the Finnish Social Insurance Institute began its own basic income trial, the most advanced in the world.

Across the country, 2,000 people received a letter through the post telling them they’d been randomly selected for the experiment.

:Martinnen was one of them but her experience shows some of the tensions of introducing basic income, even in a limited form.

She was unemployed when the trial began, but is well-educated and has savings. When the scheme began and she was featured on national news, she was living in a rich part of town – the Mayfair of Helsinki – on those savings and received hate mail from strangers.

Since the experiment began, Martinnen has found work but she still gets the income.

She says, though, that it lets her be more flexible than before. Her father has Alzheimer’s and she can visit him often, she explains, sitting in the kitchen at her parents’ house next to her mother and father; cheese and jams are spread on the table.

“With this €560 I can work as an entrepreneur. I have a foundation that gives me some work and then I can plan my work.

“So I can also take a week off to do volunteer work, do this campaigning for world hunger day.

“So there’s value in other things you do – if there’s just not enough work for everyone you have to figure out how to inspire people to be creative and do other kinds of stuff.

“Otherwise you will have a lot of different social problems that will be very expensive – more expensive than the basic income system.”
The problems with UBI are mainly to do with the “universal” bit.

First, can an experiment being run in a small Scandinavian nation really give useful results for bigger economies around the world?

If it’s universal, how much will that cost – and can we afford it? And does a universal approach really deal with the complexity of society?

“The cost of basic income will be more than the current system,” says Anthony Painter, who leads the Action and Research Centre at the Royal Society of Arts in London.

“You can fold in a lot of the current elements of the welfare state and the tax system into a basic income.
“There will still need to be an additional sum on top of that – probably one to two per cent of GPD, which is significant.”

Kate Bell, head of economic and social policy at the trade union TUC is less convinced.

“One of the big advantages of universal basic income could be that it’s a simpler system – one payment whereas benefits are complex.

“But that’s also one of the disadvantages – people’s lives are quite complicated. With UBI, we haven’t yet thought about how to deal with those complexities – the costs of housing or disability.”
Does a universal approach really deal with the complexity of society?

The UBI is coming next to the UK.
One Friday night in Fife, Scotland. A big man in a black-and-white leotard screams at the crowd: “I hate your faces!”

They boo him back. The wrestler walks away from the ropes of the ring, bodyslams his opponent and the Kingdom Shopping Centre in Glenrothes goes wild.

Fife Council is planning its own basic income trial. It wants to go further than Finland and apply it to an entire town, giving up to £7,000 a year to everyone – no matter their age or employment status.
The idea gets a mixed reaction at the wrestling.

“I don’t believe you should be given money for anything unless you’re disabled or old – then, fair do’s,” says Stuart Lyons.

Lee Robinson works at a fast-food restaurant which has introduced automated kiosks: “It does take a lot of pressure off us at the tills but it does mean that a few people have lost their jobs”.

Basic income is “forward-looking – so long as people don’t take the mick out of it”.

Declan Erly, another wrestler, says: “I think it’s smashing you get the money but I think it’s good in the meantime but you need to get jobs available – helpful until you get a job but not long term.”
Fife Council is still in the design stage; it hopes to have a trial ready for 2019.

Applying basic income to a whole town – called a saturation site – lets you study its effects on an entire population and understand its net impact.
Along with Glasgow, Edinburgh and Ayrshire councils, it has funding from the Scottish Government.

“This is a proper policy,” says Paul Vaughan, Head of Communities & Neighbourhoods at Fife Council.
“It’s different and new in terms of where British public policy is headed so it’s going to create a lot of interest.

“We want to find out if you have an unconditional payment, what sort of jobs, what sort of activities are you prepared to do, what sort of further contribution would you make to society – because you don’t have to worry about making ends meet.
“Therefore what are some of the behaviour changes you would see, what are the impacts on poverty? What impact it has on the freedom of individuals to do what matters to them and probably matter more to society.”

UBI has attracted praise from both the political left and right, as well as across sectors; tech CEOs like Elon Musk and Mark Zuckerberg, and politicians like Shadow Chancellor John McDonnell are all interested. To its critics, UBI is hopelessly utopian and naïve.

Nearly half of all jobs in the US could be lost to machines taking over, according to researchers at Oxford University. In the UK, The Bank of England estimates that a third of jobs are at risk – about 15million in total.

Even if those estimates are overblown, and robots do prove to be our friends rather than rivals, work is changing thanks to digitisation and globalisation.
The gig economy – on-demand work for companies like Uber or Deliveroo – is a halfway house to full automation.

Scotland will attract the world’s attention during the UBI experiment as the UK, a large economy, has an average unemployment rate but some of the lowest wages in the developed world coupled with the highest cost of living. London coming in as the second most expensive city to live in the world when cost of living the to income ratio is taken into account. Only behind Tokyo, Japan.

The experiments into basic income being run around the world may well prove the critics right.
But governments were caught flat-footed by the first wave of automation. Getting ahead of the next one – and getting some actual data on UBI – must be worthwhile.

The UK and Greece were hardest hit, with the UK removing many welfare life lines this year the starvation rate in London is the highest in the world outside of reflief, war and disaster zones. This surge in extreme poverty has seen a record rise in crime in a nation in crisis.

Last year London introduced metal spikes on streets to stop homeless people being able to sleep on the streets. Regional bi-laws also made it illegal to feed, donate to, give money to, support or encourage or facilitate homelessness in the city without a heart.