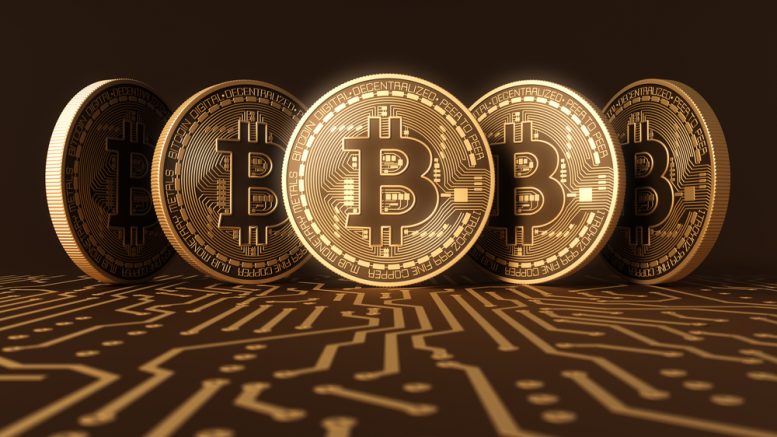 Bitcoin dropped below $7’000 on Friday to trade more than $1’000 down from an all-time high hit on Wednesday, as some traders dumped it for a clone called Bitcoin Cash, sending its value up around a third.

Bitcoin has been on a tear in recent months, with a vertiginous sevenfold increase in value since the start of the year that has led to many warnings the bitcoin market, now worth well over $100 billion, has become a bubble that is about to burst.
It reached a record high of $7’888 around 18:00 GMT on Wednesday after a software upgrade planned for next week that could have split the cryptocurrency in a so-called “fork” was suspended.
But it has quickly retreated from that peak, falling to as low as $6’718 around 13:30 GMT on Friday.

“Bitcoin is all ups and downs,” said Thomas Bertani, chief executive of Eidoo, a cryptocurrency wallet provider that recently became the first startup in the space to take out a full-page advert in the Wall Street Journal newspaper.

“The market realized that the price rise was an over-reaching, so people started selling… (and) there are many long and short positions that amplify price movements.”

As bitcoin tumbled, Bitcoin Cash, which was generated from another software split on Aug.1, surged, trading up as much as 35 percent on the day to around $850, according to industry website Coinmarketcap.

Bitcoin Cash’s transactions are processed in so-called “blocks” that are larger in capacity than bitcoin’s, so can therefore in theory allow for more transactions to be processed at any given time, making transaction fees much cheaper.

The fork that had been planned for next week, known as “SegWit2x”, had also intended to increase the capacity of the blocks, and could thus have reduced fees for bitcoin transactions.

Any investors, therefore, that see bitcoin more as a currency than a store of value might be choosing to buy into Bitcoin Cash now that Segwit2x had been scrapped, Bertani said.