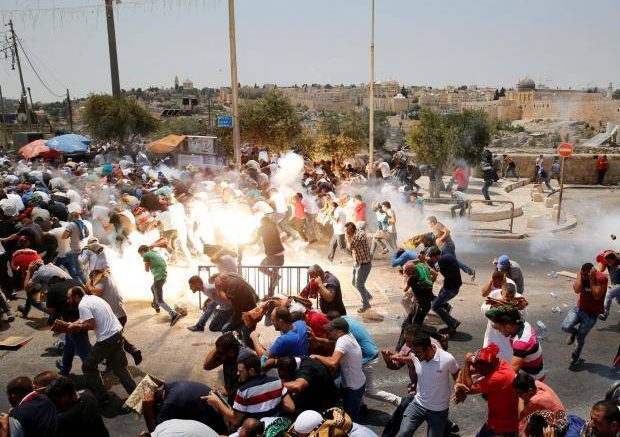 The US Secretary of State has warned other countries, in particular, Israel against using the domestic political crisis in Lebanon as a “venue for proxy conflicts”, as the resignation of the country’s Prime Minister is stoking tensions in the region.

Saad Hariri, the Lebanese Prime Minister, announced from Saudi Arabia that he was resigning, plunging the country into political crisis.

The leader of the Lebanese party, Hezbollah has accused Saudi Arabia of detaining Hariri against his will and forcing him to step down to destabilise the country.

US Secretary of State Rex Tillerson said Hariri should return to the country to make his resignation “official.”

“There is no legitimate place or role in Lebanon for any foreign forces, militias or armed elements other than the legitimate security forces of the Lebanese state.” he said in a statement.

Tillerson added that there was no indication that Hariri was being held against his will but that the US was monitoring the situation.

Hariri has made no public remarks since announcing his resignation in a speech televised from Saudi Arabia, which says it is protecting him from an assassination plot.

Nasrallah, the Hezbollah leader, claimed Hariri’s resignation was an “unprecedented Saudi intervention” and called for his return as he insisted Lebanon’s government was still legitimate.

He said the “insult” to Hariri was an insult to all Lebanese people, and said Saudi Arabia was inciting Israel to strike Lebanon.

The UN’s Secretary General Antonio Guterres said he was “very worried” by the growing friction between Saudi Arabia and Lebanon.
He said: “It is essential that no new conflict erupts in the region. It could have devastating consequences.”

Only days ago UK MP Priti Patel was ordered to return from a formal overseas visit wary and immediately removed from government following leaks that she had 14 secret meetings including multiple personal meetings with Israeli leader Netanyahu.

Patel lobbied UK aid and emergency funds to try and fund the illegal invasion and annexation of Southern Syria by Israel.

Israel responded to bombing a civilian region on the Syrian side of the Syrian-Lebanon boarder.

Fears are rising that Lebanon could trigger a proxy war in Syria between Israel and Iran, a war which would without doubt be a nuclear war.

Tribal leaders from Bosnia, one of the largest components in the Iraq and Iran military fractions have said that both their Daesh and Mudjahadin would assist Syria should Israel launch a full scale proxy war. Russia, Turkey, Saudi Arabia, Iran, US, UK would all be very likely to standby by their end reapectibe allies.

The UN commented that such a war was at present unlikely, but approaching at a worrying pace.