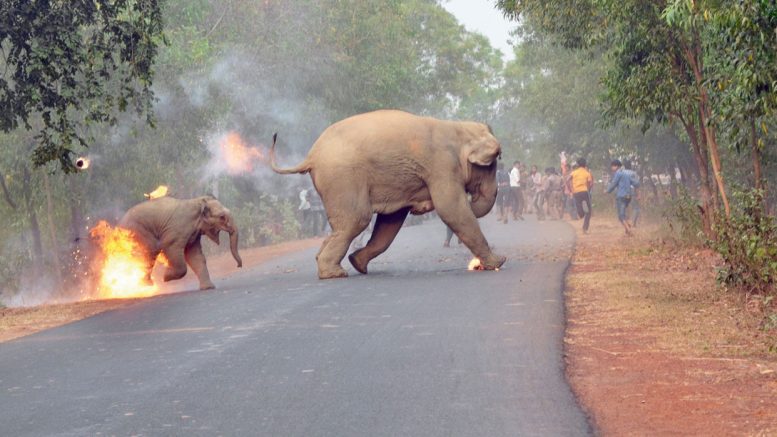 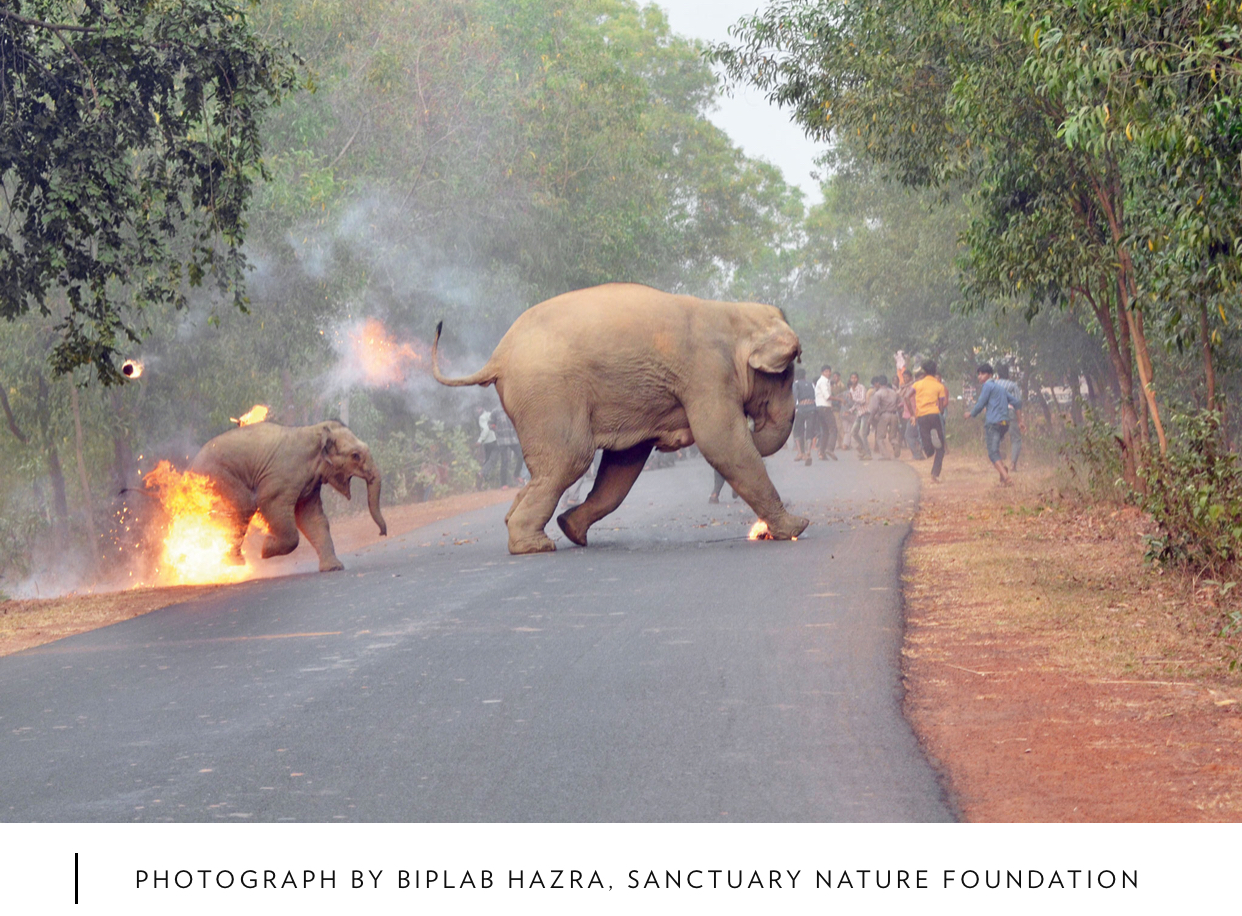 This award-winning photo captures a harrowing scene of an Asian elephant calf and mother fleeing for their lives.

The shocking photograph of an Asian elephant calf on fire has won a wildlife photography competition—drawing global attention to the battlefields of elephant-human conflict in India.

The photograph, titled “Hell Is Here,” depicts a disturbing scene: an elephant calf and its mother trying to flee a mob in the Indian state of West Bengal, the calf set aflame by fiery balls of tar lobbed at the pair.

“I had never seen such an incident in 14 years of my wildlife photography career,” Hazra, a brick-kiln owner by trade, told the New Indian Express. “All my concentration was only on clicking the photograph.”

In a matter of hours, the photograph has ricocheted around the world, highlighting the tensions between India’s human and pachyderm inhabitants.

The country is home to more than 27’000 Asian elephants, at least half of the world’s population.

Asian elephants are considered endangered, in large part due to humans destroying and fragmenting the elephants’ natural habitat.

Elephants use at least 101 corridors to traverse India, but only about a fifth of them are free of human settlements, according to an August 2017 survey by the Wildlife Trust of India. Two thirds of corridors have state or national highways passing through them—and less than 13 percent of corridors are totally under forest cover.

Nowhere in India do humans and elephants clash more than in West Bengal, where the photograph was taken. About 488 elephants live in the state’s northern forests, many of which are rife with human settlements and tea gardens.

Such proximity sparks deadly violence, especially when elephants rummage through farms, destroy crops, and damage homes. According to the Times of India, 18 people were killed by elephants in part of West Bengal in the first nine months of 2015. In March 2016, district authorities called for the extermination of a “rogue” elephant that killed two people. And regularly, elephants in West Bengal die from electrocution after bumping into electric wiring.

Hazra told the New Indian Express that the elephant calf he photographed may not have been intentionally set on fire, but he says that the region’s farmers regularly use burning tar and fireworks to ward off elephants—a tactic that can spiral out of control.

“Crowd management is one of the key practices that needs to be strictly followed in human-wildlife conflict management,” said M. Ananda Kumar, a scientist at the Nature Conservation Foundation, in a 2016 interview with British magazine Geographical.

“We need to get across to people that these large animals need space. We have to create awareness that violent behavior would only lead to tragic incidents.” (Read about Kumar’s efforts to build a life-saving early warning system for elephants.)
In this case, though, the situation could have been worse: Hazra said that the elephant calf survived the mob attack.