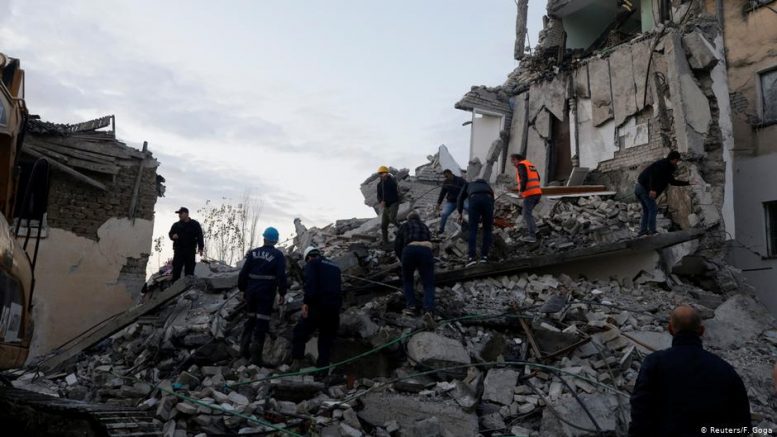 The death toll is continuing to rise but is already in the dozens with at least 40 dying in the Albania quake.

The Balkans are a hot bed of geological activity ringed by mountains and volcanos that run from Italy in the west to Turkey and Iran in the east.

The Balkans are where the Eurasian, African, Arabian, Anatolian and Aegean tectonic plates all converge. The area is no stranger to powerful earthquakes and is surrounded by active volcanos.

Experts say that the seismic tension build up under the Balkan and East Mediterranean regions is inevitably going to produce a very large earthquake in the region.

There have also been warnings that Balkan earthquakes may trigger large tsunamis in the East Mediterranean.

Aftershocks in Bosnia and Albania with seismology stations giving readings varying between 5.9 and 6.5 on the Richter scale. The EU’s official figures read 6.4 and 5.4.

Dr. Jadranka Mihaljević head of seismology at the institute of Hydrometeorology in Crna Gora, said that deadly earthquakes in the Balkans have a long history. “What we are seeing now is a very strong, very powerful sequence of earthquakes.”

in 1999, a 7.6 magnitude earthquake in the region killed 17 thousand people in Turkey.

In the late 1970s a series of earthquakes killed thousands across Romania, Greece and the Former Yugoslavia (Jugoslavija).

“The deadly 1977-1979 series was followed by a quiet period where new seismic energy was accumulating. But after 40 years of relatively calm seismicity, strong quakes seem to be back.”

Croatia’s tourist board has expressed concern at the potential damage the earthquakes and tsunami warnings could have on the newly booming tourist industry following years of war and genocide. 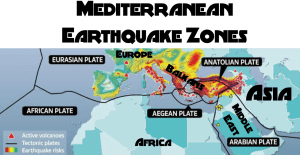