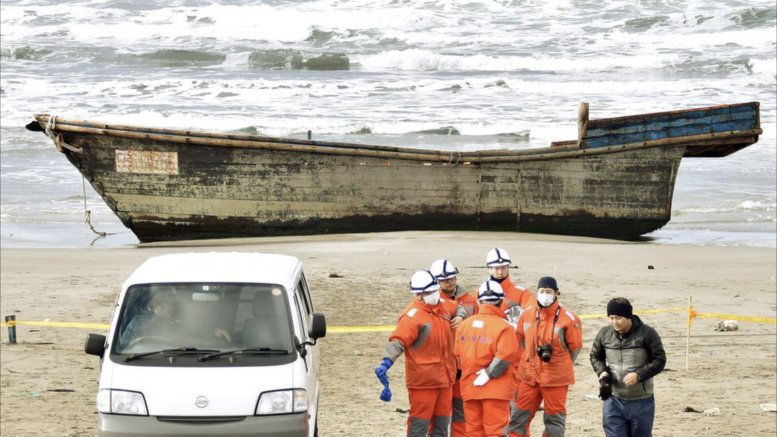 Japanese authorities are trying to identify eight people whose partially skeletonised remains were found on a wooden boat that washed up on a beach.

The discovery took place in the northern Akita prefecture.

It comes days after a group of men claiming to be North Korean fishermen washed onshore in the same area. 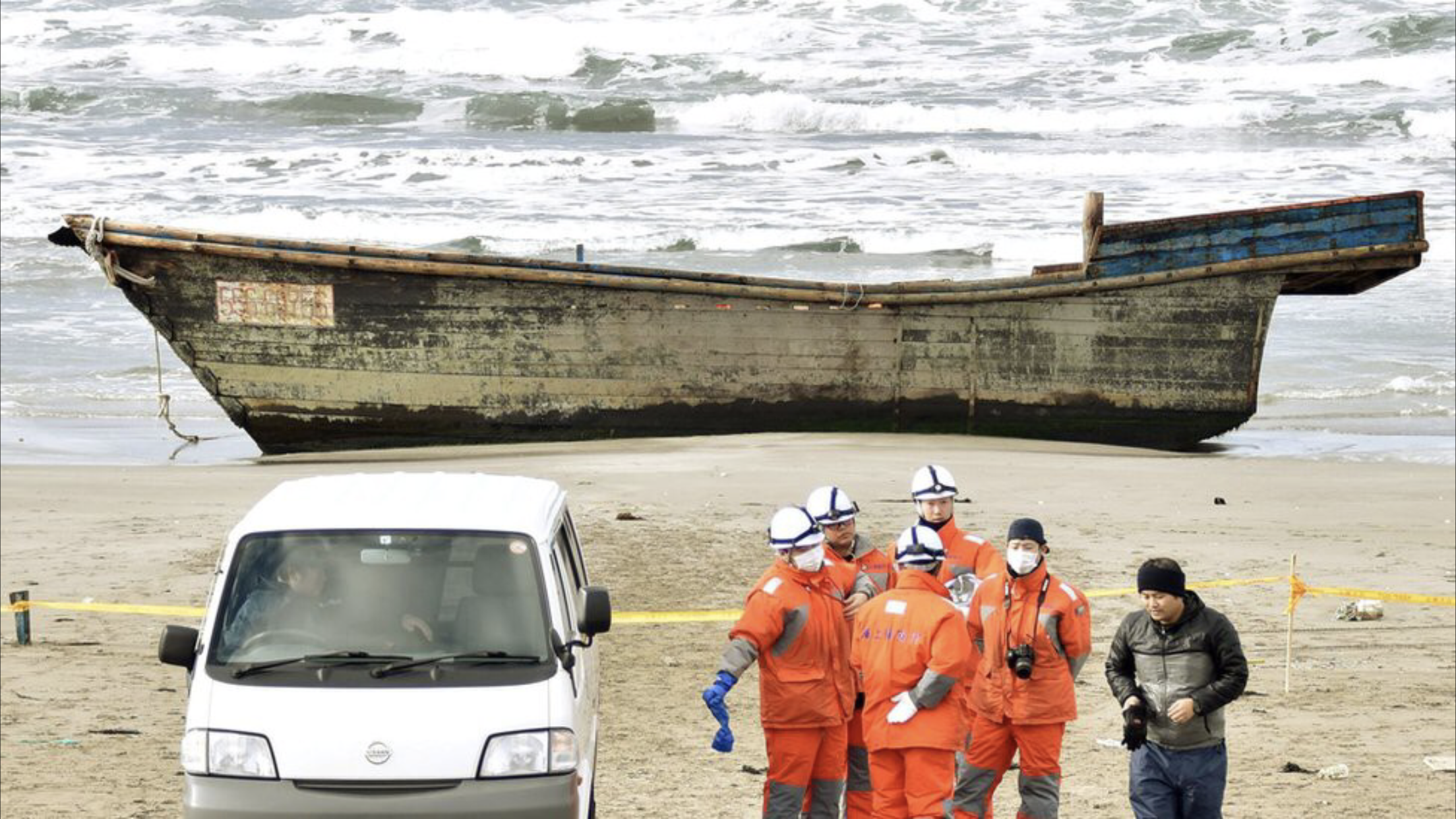 Crew-less boats or vessels with bodies on board, known as ghost ships and thought to be North Korean fishing boats, regularly wash up in Japan.

They have usually been found on the western coast, which faces North Korea.

In the latest incident, Japanese broadcaster NHK said the boat, measuring about 7m (23ft) long, was found on a beach near Oga city on Sunday.

The vessel was missing it’s rotor blade and was not equip with any form of navigational device.

On Monday officials found the remains of eight people, partly reduced to bones, while inspecting the boat.

Kyodo news agency reported that the coast guard suspected the boat and its occupants had come from North Korea.

The discovery is the latest in a string of similar incidents. On Friday, a wooden boat carrying eight men, who survived in reasonable health, given the circumstances had washed up at Yurihonjo city.

The men said they were North Koreans fishing for squid, who had ended up drifting into Japanese waters when their boat experienced difficulties.

Reuters news agency reported that two bodies were also found over the weekend at Sado island, with a pack of North Korean cigarettes and other belongings with Korean lettering.

Japan regularly sees North Korean fishing boats straying into its territory, and its coastguard has occasionally had to rescue fishermen.

The Phenomenon is thought to be a consequence of North Korea’s attempts to satisfy nation wide hunger problems by demanding huge quotas of seafood from it’s fishermen.

That forces fishermen to board aging ill-equipped vessels and to venture far out to sea, with no equipment to issue a distress call if their boats run into trouble.