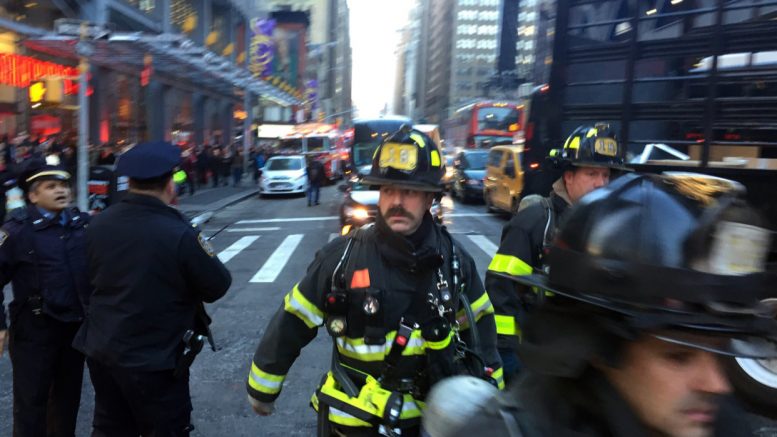 ‌Police in New York City today Responded to Report of an Explosion on the Subway. 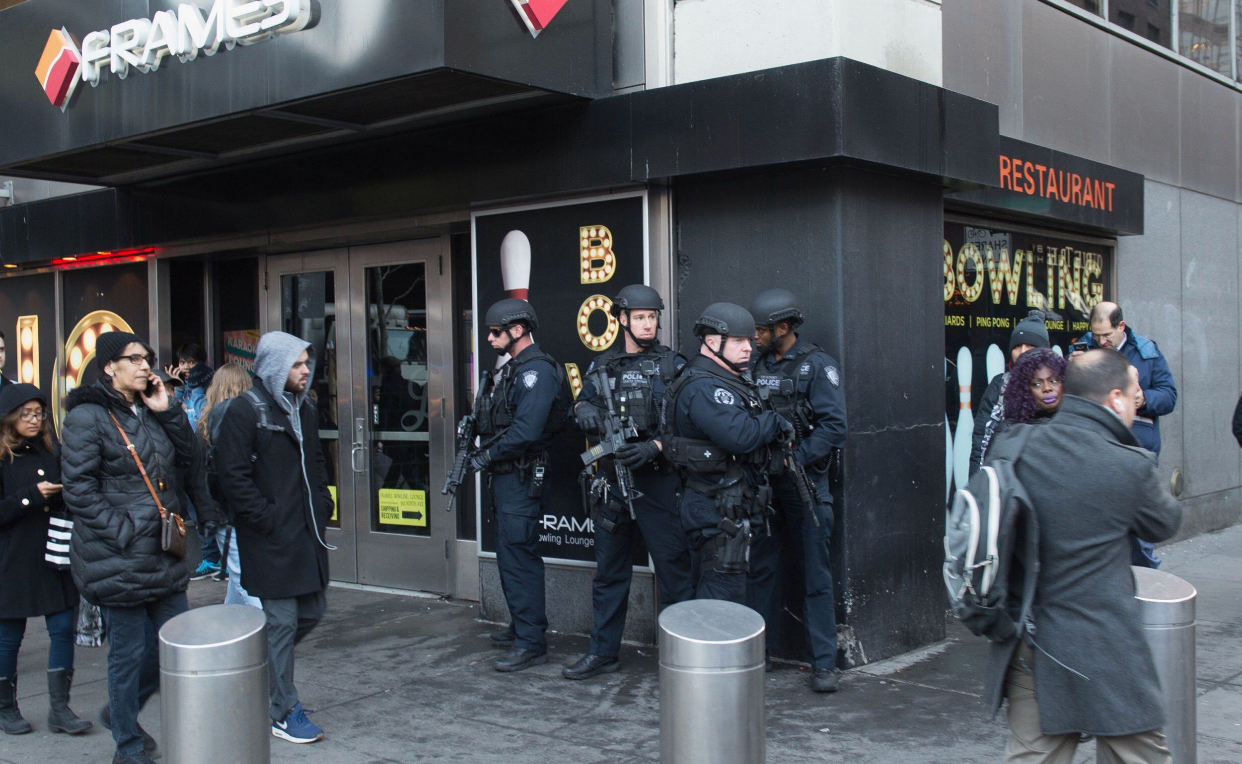 Reports of an explosion Monday 11 December 2017 caused the authorities to evacuate one of the busiest transit hubs in New York City. 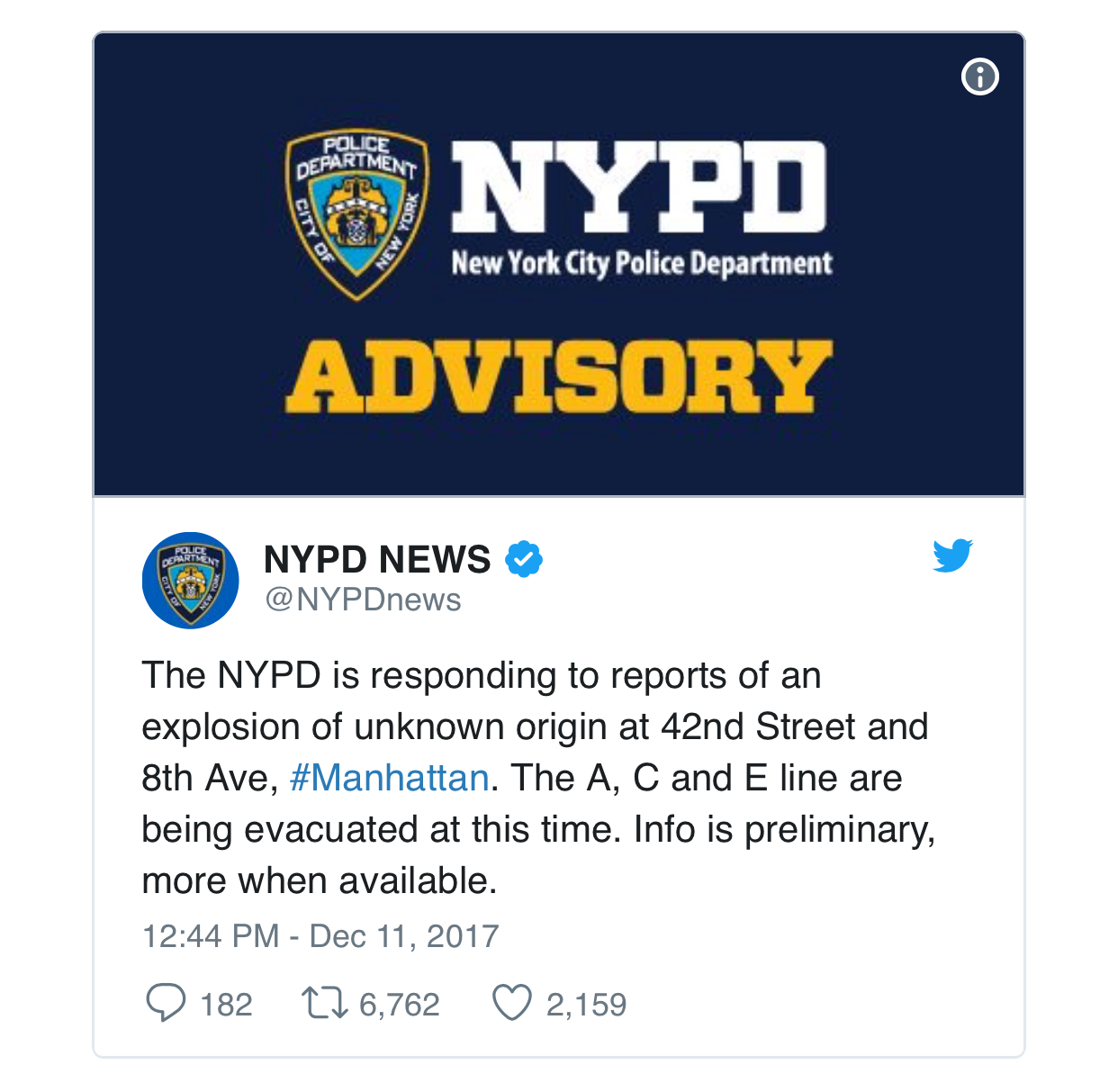 Its understood that that the explosion occurred during rush hour shortly after 07:30 Local Time. (One hour ago).