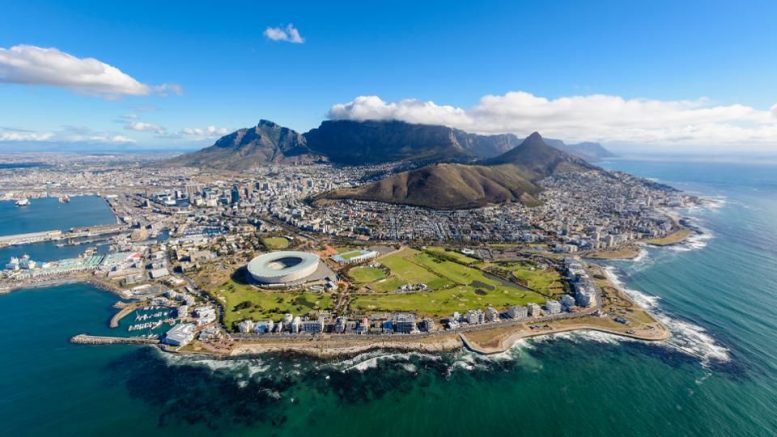 As 2018 commenced with North America and the North Atlantic Islands (such as Iceland, Ireland, Greenland and the U.K.) suffering 100 mph winds floods, heavy rains and freezing temperatures as low as -98C (inc wcf), South Africa suffered the opposing fate.

Cape Town is to run out of water entirly within weeks.

Residents of Cape Town, one of the world’s most popular tourist destinations, could be forced to queue for emergency water rations by April as the city battles its worst Southern Africa drought for over a century.

Within weeks, South Africa’s oldest, and second largest city, nicknamed the ‘Mother City’, is at risk of becoming the world’s largest metropolis to run out of water. Cape Town is larger than Los Angeles (the second largest city in the USA) and nearly twice the size of Chicago (USA no# 3).

Strict water restrictions are already in force, limiting the maximum use per person to 50 litres per day with some districts already reduced to emergency water ration plants and even rationing drinking directly from natural streams and lakes.

The measure has been brought in to delay what has become known as ‘Day Zero’ – 12 April 2018, the date the water supply will be shut down and all taps will run dry.

It had been 22 April, but it has been brought forward as water levels at dams in the region continue to drop week after week, with the overall amount of water now falling to 17.2% of the required levels.

When levels drop to 13.5%, the city of well over four million people will be forced to queue for daily rations from 200 water collection points. Currently there is not enough for a two-minute shower per person per day.

The police and army are on standby to be deployed to prevent the expected unrest in the water queues.

“We have reached a point of no return. Despite our urging for months, 60% of Capetonians are callously using more than 87 litres per day. It is quite unbelievable that a majority of people do not seem to care and are sending all of us headlong towards Day Zero.”

The city will run completely dry by 12 April 2018 if the average consumption is reduced to below 25 L/d.

City councillors are set to vote on the introduction of a punitive tariff, which will charge households using more than 6’000 litres per month (200L/d) higher water rates.

Water collection sites have already been set up in some districts and in a further possible sign of things to come, people have been lining up with jerry cans at AB-Inbev’s Newlands brewery to get up to 25 litres of free water from a mountain stream on its property.

Hotels have been limiting showers to two minutes and using water used for cleaning dishes and clothes to water gardens.

A typical shower uses 15 litres per minute while a standard toilet consumes up to 15 litres per flush, according to WaterWise, a South African water usage awareness campaign.

Around two million tourists flock to Cape Town every year to bathe on its sandy white beaches, explore its natural landmarks like Table Mountain or to drink wine at the dozens of nearby vineyards.
Farrel Cohen, manager of the Metropolitan Golf Club in Mouille, said he was “too afraid to even think about” what Day Zero will mean for Cape Town.

“Nobody knows what to expect. People are running to supermarkets to buy water.”

Authorities have been trying to enforce water limits and ship in emergency supplies for months but even with such measures the point of no return has been reached and the question of Day Zero is when not if.

Cape Town is currently in the hight of it’s Southern Hemisphere African summer with the drought and heat expected to last for several more months at least.

Water collection points will only be announced close to the set up date to avoid people camping out. For information on the location of your closest collection point and the dates they will be opening please contact your local district authority or use the  South African Government website for live updates.