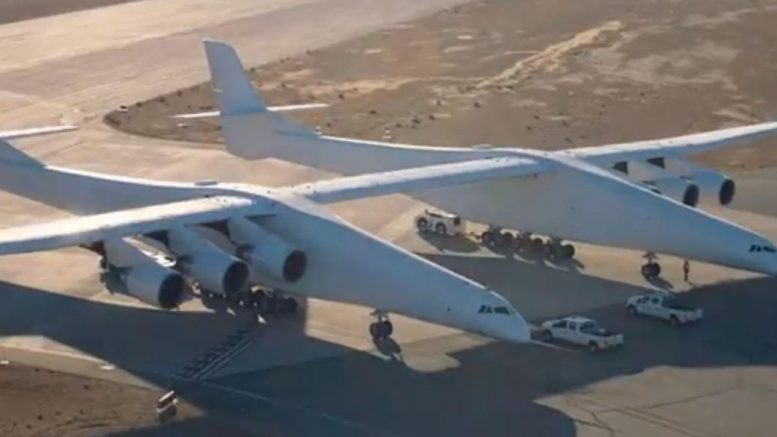 The world’s largest airplane, weighing more than 250 KG and with a wingspan of 110 metres may be the future’s most affordable and reliable way to carry satellites into space. This past Sunday, the Stratolaunch aircraft completed milestone land control tests, including a new runway taxi top-speed.

The massive plane with twin fuselages and six Pratt & Whitney turbofan engines is under development by Paul Allen’s Seattle-based Stratolaunch Systems Corporation as a means of air-launching rockets into space. The process would allow for the Stratolaunch airplane to bring rockets into Earth’s stratosphere, which starts at about 10 KM above land at most middle latitudes.

Rocket launches from this altitude would allow for satellites to more easily enter and then begin circling the globe at low-Earth orbit, or LEO.

Allen, Microsoft’s co-founder, posted to Twitter this weekend that the aircraft had reached a top taxi speed of 46 miles per hour. The Sunday test “with all flight surfaces in place” was conducted in order to ensure the craft’s ability to steer and stop using its controls. The first flight tests have not yet been announced for the Stratolaunch airplane, but its maiden flight is expected next year. 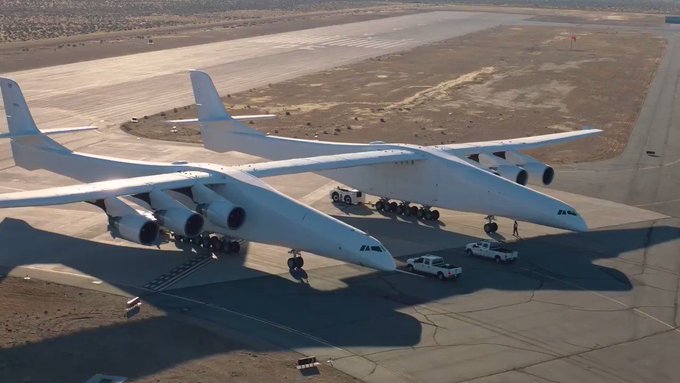 Some features of the Stratolaunch plane will make it the largest aircraft to ever lift off. The Hughes H-4 Spruce Goose, with a wingspan of about 97.5 metres, currently holds that record. The Stratolaunch’s lift system has a maximum takeoff weight of 590 metric tons. This dwarfs even the largest commercial airlines, such as the Boeing 747 aircraft, which can take off weighing about 300 tons.

The process of air-launching rockets into space has been attempted in the past using a rocket made by aerospace contractor Orbital ATK along with a highly modified Lockheed TriStar jet. The U.S. Government’s Defense Advanced Research Projects Agency, or DARPA, has a similar project planned as well as a collaborative enterprise from NASA and Virgin Group founder Richard Branson, called Virgin Orbit.

Payload issues may hamper the project because spacecrafts of the past have only weighed around 1 to 2 percent as much as the rocket that blasts them into orbit. The 550,000 pound carrying maximum would mean that the payload capacity needs to be between 5,000 and 10,000 pounds. By comparison, Elon Musk’s SpaceX booster carries more than 50,000 pounds in low-Earth orbit.