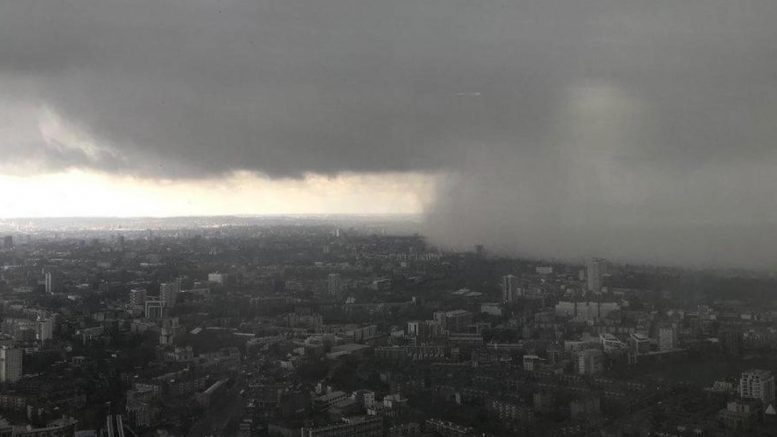 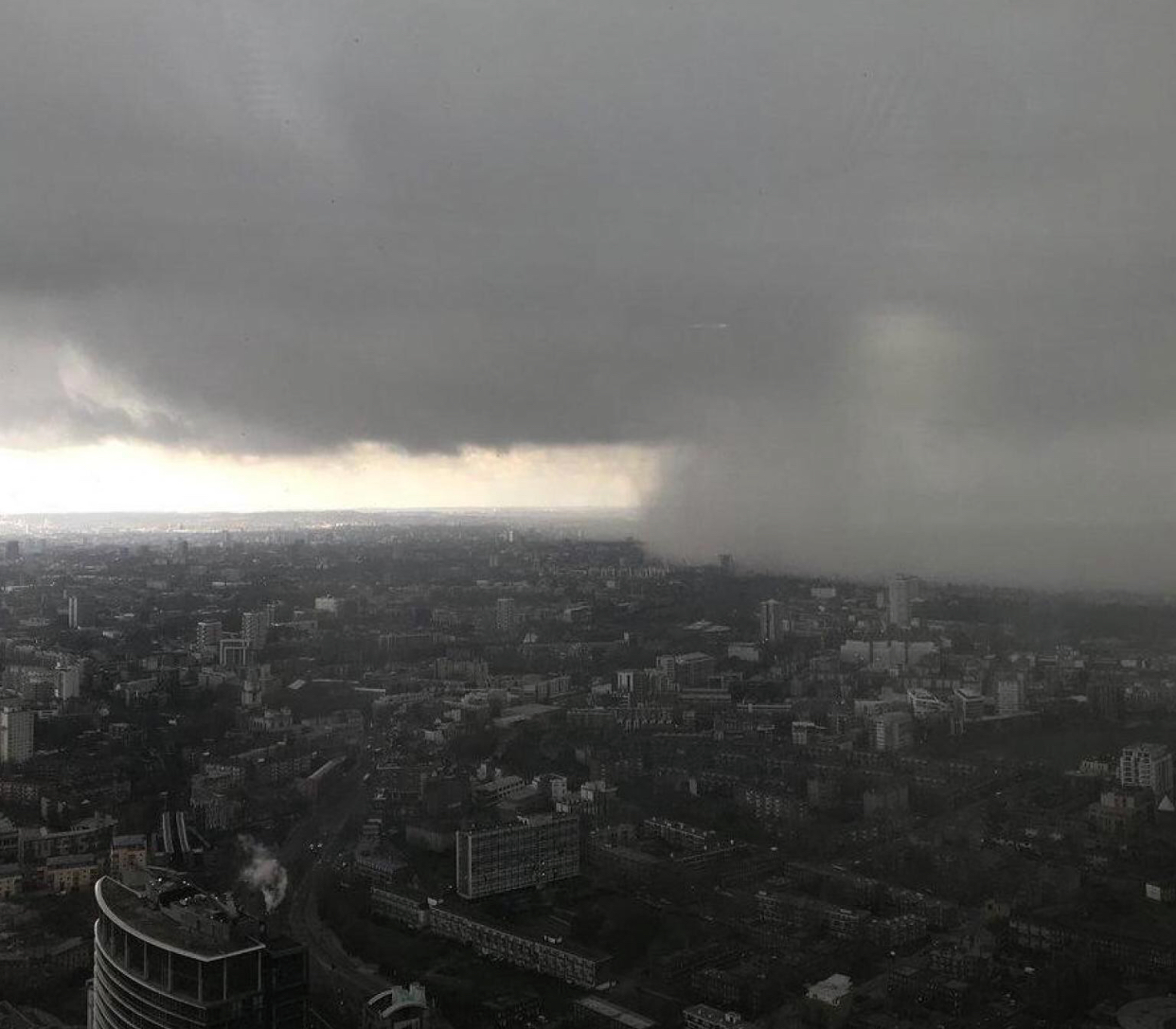 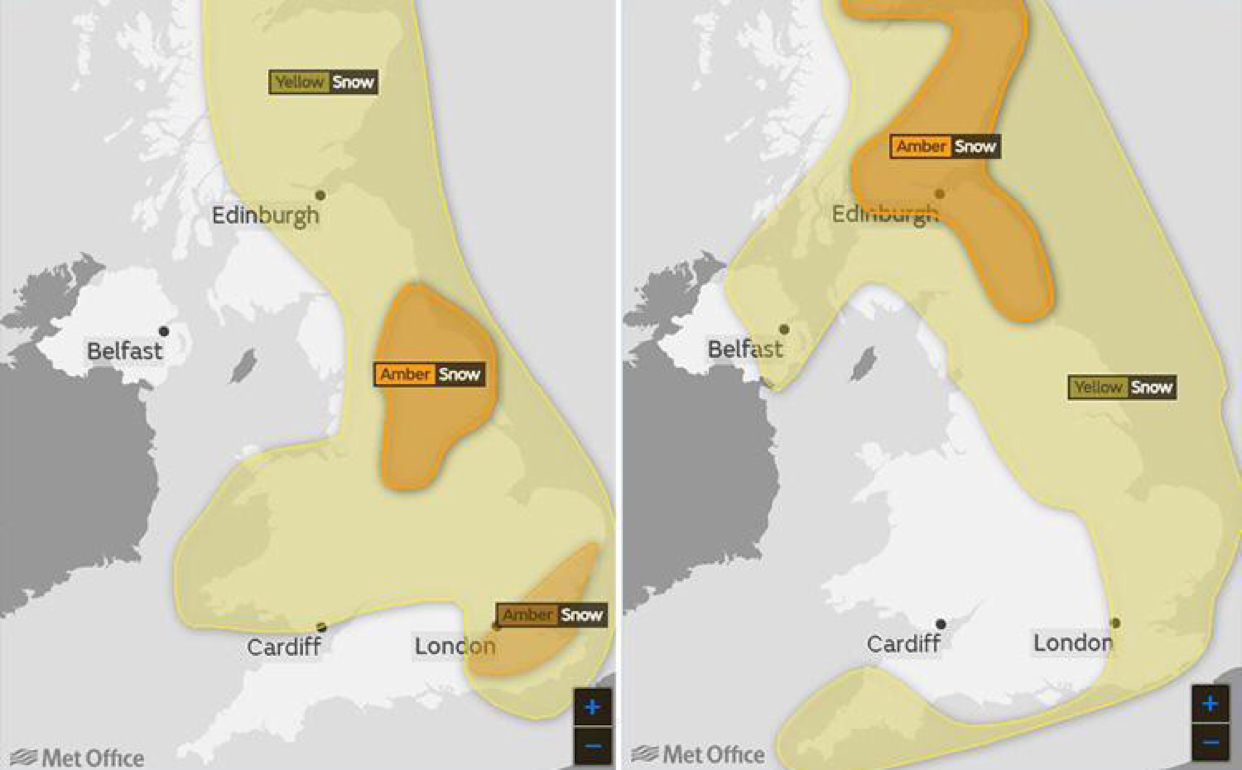 London has been in an icy trap for weeks as the end of winter has been delaid by cross Arctic winds travelling from the North Pole and Northern Russia.

Yet the rapidly changing weather took many by surprise surprise today as a wall of ice and snow could be seen racing across one of the world’s largest cities.

Within 45 minutes shortly after midday temperatures had plummeted from -5C to -11C and clear skies became icy blizzards of snow and hail stones.

Only to be short lived in parts before skies cleared and temperatures rose again to -3C by 16:30.

Britain is well known for its changeable weather taking winds from the Atlantic, Europe and the Artic.