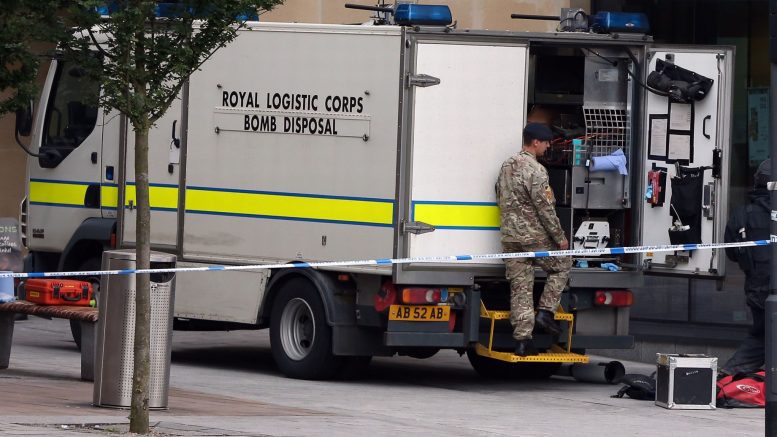 Bomb threats from the US cause mass evacuations in the U.K.

Schools in London were among hundreds up and down the country which were evacuated due to a mass bomb threat from Trump’s America.

More than 400 schools and colleges across the UK received the email threat this morning, according to police.

“The emails inform the school that a bomb has been placed on the grounds and will be detonated if they don’t hand over cash.” Northumbria Police said in a tweet.

It is believed the NCA and SO15 are now investigating.

The threats have been sent to UK schools from the United States. The Met Police has confirmed it is investigating and working with the National Crime Agency and Cyber Terrorism Unit.

Schools in boroughs across the capital were evacuated.

Among them were Brookfield Primary School in Highgate, according to the Camden New Journal.

John Sweeney, of Our Lady Immaculate Catholic Primary School in Tolworth, wrote: “News from OLI school #tolworth #surbiton. We have received a bomb threat which the Police have advised us to assume is a hoax. In line with our security policy we have evacuated the children who are all safe at Grand Avenue School. Some people!​“

Another Twitter user wrote: “Why is my Children’s school being evacuated? Windrush Charlton.”

A Met Police spokesman said: “Police are investigating reports of communications made to a number of schools across London today. There have been no arrests. Enquiries are ongoing.”

So far all schools swept by the bomb squad have proven to be hoaxes, however police and counter terrorism units have advised the public to follow evacuation procedures in line with terrorism protocols.

Military were photographed at the London schools working in conjunction with the Royal Bomb Disposal.