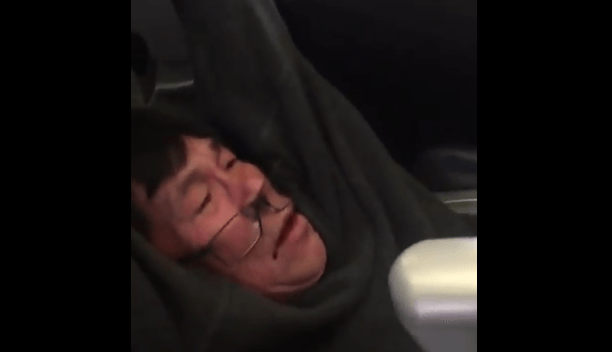 The Kentucky doctor dragged off a United Airlines flight from Chicago earlier this month has received a financial settlement from the airline.

Lawyers for Dr David Dao, 69, say a condition of the payout is that the “amount remain confidential”.
United boss Oscar Munoz “said he was going to do the right thing and he has”, Dr Dao’s lawyers said.
Dr Dao was violently removed by airline law enforcement officers after refusing to give up his seat to United staff.

The airline had asked Dr Dao to leave his paid seat and cancel his paid trip in order to allow four United staff members to get from Chicago to Louisville, Kentucky after the airline had sold more tickets than the plane had spaces.

He refused, saying he had patients to see the next day.

Dr Dao’s lawyer, Thomas Demetrio, said his client “has become the unintended champion for the adoption of changes which will certainly help improve the lives of literally millions of travellers”.

Dr Dao suffered concussion, a broken nose, and lost his two front teeth in an experience that his lawyer said was “more horrifying and harrowing” than his experiences during the Vietnam War.

What the plaintiff’s attorneys described as an “amicable settlement” comes on the same day that United Airlines announced a shakeup of its booking policy.

Passengers will now be offered up to $10’000 for giving up their seats, among other changes that Dr Dao’s lawyer said should be “applauded”.

However, aviation experts doubt that many passengers will actually be offered such a large sum.

Delta Airlines also increased its maximum payout to $9’950 and Southwest Airlines said it will no longer overbook flights “as part of our selling process”.

“Every customer deserves to be treated with the highest levels of service and the deepest sense of dignity and respect,” Mr Munoz said in announcing the airline carrier’s change in policy.

“Two weeks ago, we failed to meet that standard and we profoundly apologise.

Three Chicago Department of Aviation officers who pulled Dr Dao off the plane and a supervisor involved in the incident remain on paid leave. Without facing criminal charges for Grevous Bodily Harm and Kidnap.

On Wednesday United Airlines once again found itself in the headlines, when a giant rabbit travelling onboard one of its planes died.

The airlines has launched an investigation into the death of the 90cm-long bunny named Simon.

A large number of lucrative corporate accounts have pledged to permanently boycott the airline as a result, potentially costing the company billions or even face closure. Share a fell $800m in the days following the over booking incident with few people looking willing to invest or even fly United Air where the safety and lives of their animal and human passengers has been brought into question.