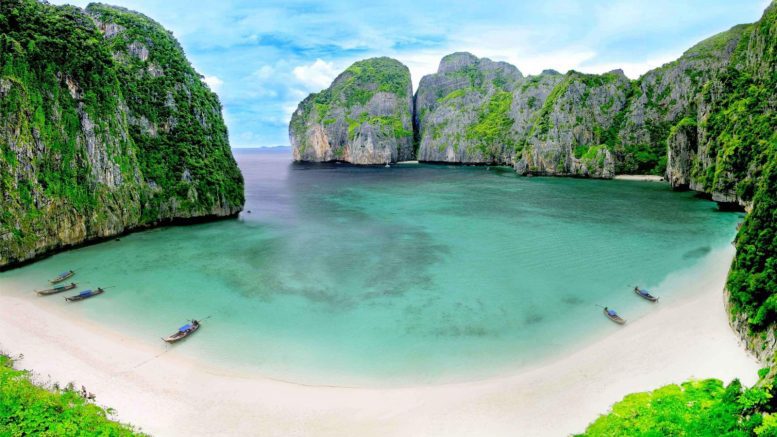 Tourists walk up and down Thailand’s famous Maya Bay trying to get that perfect picture for their Instagram, the one where it looks as though they are the only ones there.

However, it’s tough for the tourists to get a photo where it looks like they’re the only ones in it these days.

“We came here and didn’t think it would be this busy,” says Christie who is backpacking from the UK with her friends. “It’s still stunning though.”

But from 1 June 2018 (tomorrow) the beach – made famous by Danny Boyle’s film The Beach staring Leonardo Di Caprio – is to close to tourists for the first time in Thai history.

Thai authorities are giving the strip of sand on the island of Ko Phi Phi a chance to recover from the strain of thousands of daily visitors.

“We are a beautiful country but we have to protect our natural resources,” says Thon Thamrongnawasawat, an advisor to Thailand’s national parks department.

“We have significant information that all the boats that come in and out really impact the coral reef. We won’t close it to tourism forever but have to do something to save our sea, and we have to start at Maya Bay.”

The country continues to increase in popularity too with half a million tourists per year from England alone. (1% of England’s population)

Most of those who visit Maya Bay only stay for a couple of hours. They have a paddle, a stroll and a selfie – but it’s not quite the paradise they’d imagined.

Lara Vogelsberg, 23, from Cologne thinks what you see and what you get are very different.

“The beach in the film is very relaxing, there are no people to be seen, and you get this idea of a very lonely place in the middle of nowhere. Then you come here and you think you’re in Times Square in New York.”

“The beach is stunning but definitely not relaxing.
There’s the constant sound of the speedboat engines, their propellers churn up the water and it’s hard to get a patch of the sand to yourself.”

The area is generally clean but there are still some pockets of litter which tourists leave behind.

Tourism is one of Thailand’s biggest sources of income so Maya Bay is being shut during the relatively low season, until 30 September 2018.

British tourists have been in trouble in Thailand, Spain, Newzealand, Italy, Greece, Turkey, UAE and several other countries over the recent years due to bad behaviour, alcohol and drug use, littering, vandalism, disrespecting sacred/historic sites and prostitution.

Its Department of National Parks, Wildlife and Plant Conservation issued a notice saying it realised “the deterioration of the ecosystem in the area of Maya Bay”.

When it reopens later this year, it’s thought the number of people allowed to visit the beach will be reduced via strict restrictions.

Kerri Arnold and Kendal Corgile are visiting from Atlanta, Georgia, USA and describe it as “hectic but beautiful”.

“I didn’t realise how busy the beach would be but shutting it temporarily is a great idea. It’s crazy how many boats there are. I’m just glad I got to see it.” 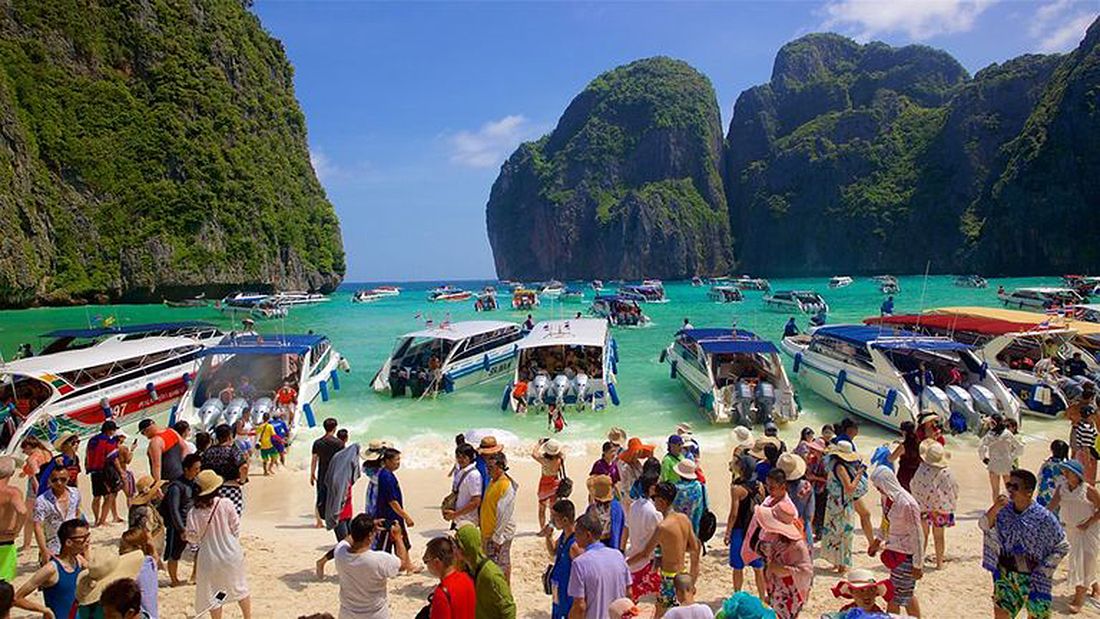 MAYA BAY (in the brochures) 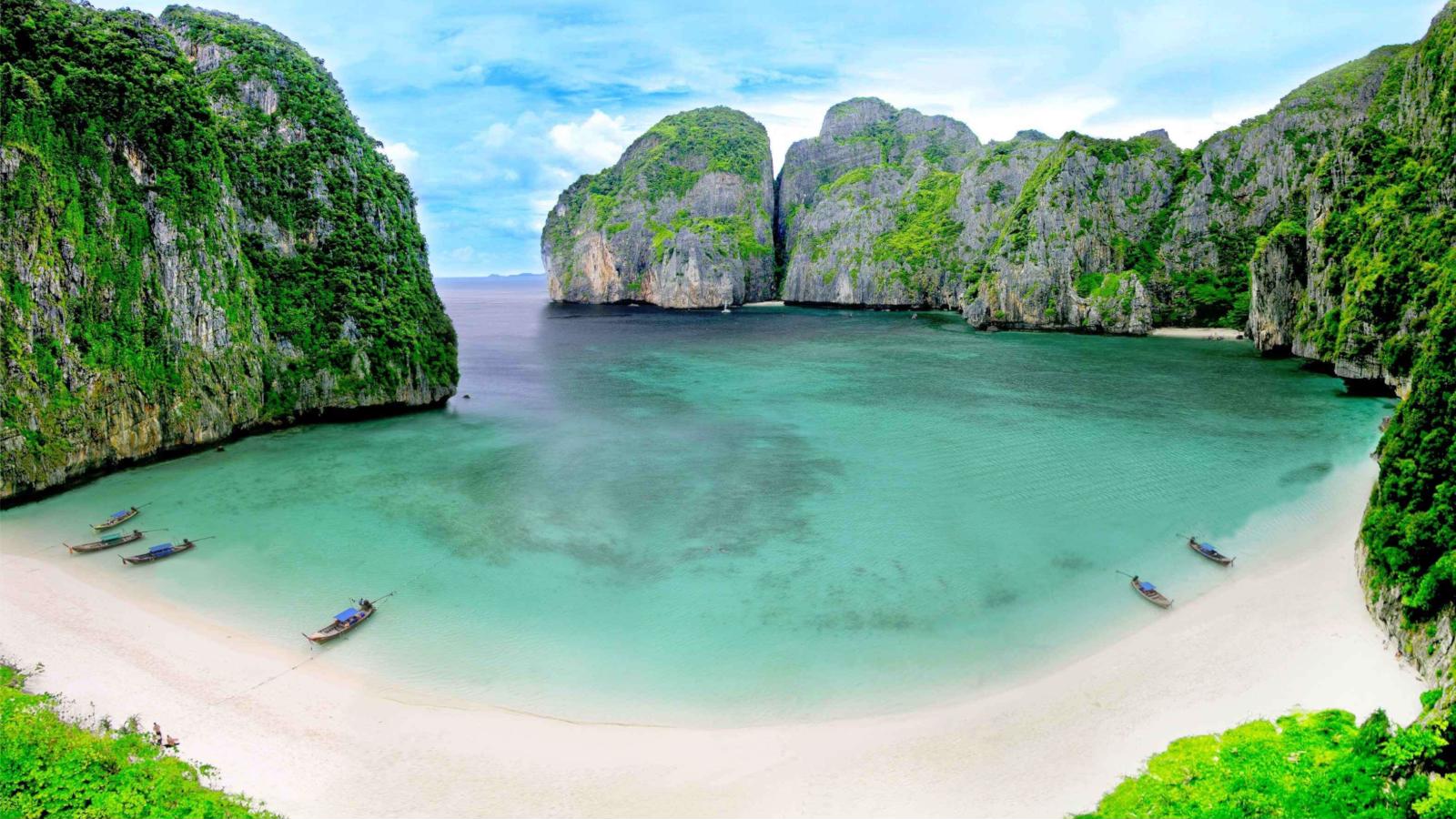 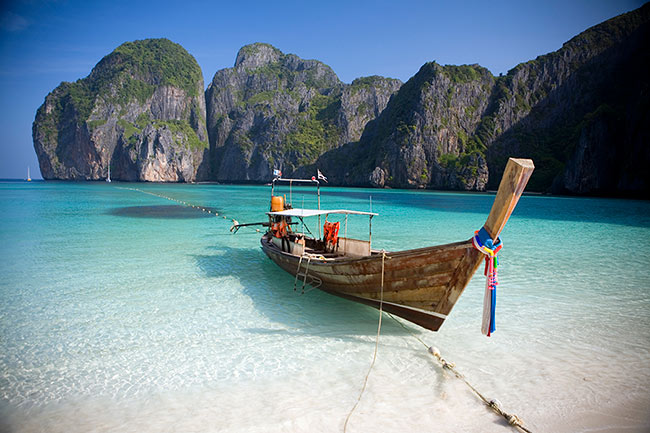