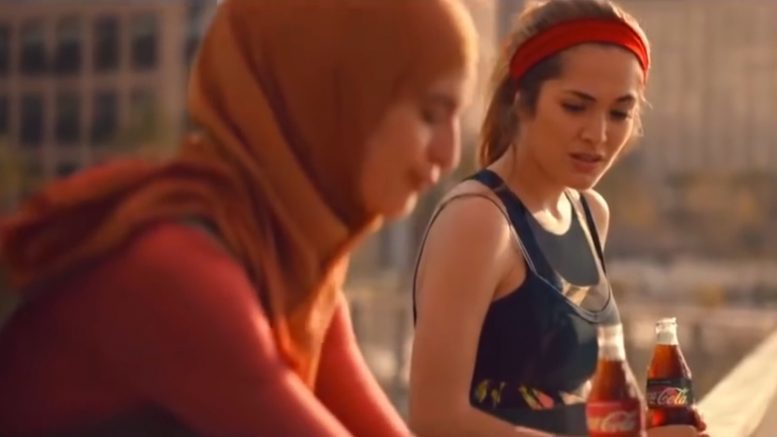 Love it or hate it this has to be one of the most successful cross culture ads to come from a western company.

The advert tackles racism, inner struggles and devotion as well as kindness and humanity.

Whilst the advert has attracted complaints for recommending soda on an empty stomach, and for commercially profiting from a religious festival, something typically avoided in Islam.

The ad has won strong support around the world for its message of consolidarity and humanity.

Watch below and decide for yourself:

Seeing the lady a jogger buys her a soda and take it to her. The jogger seems annoyed when the lady accepts but does not drink. Upon realising she is fasting, the jogger also waits for sunset with the lady before the pair share dates and soda.

The ad has quickly spread around the world, as more and more western companies see the importance of being relatable to the world’s largest faith.

In 2017 PEW Research in the USA reported over 1.8 billion practising devout Muslims in the world. Equivalent to 1 in 4 people.

Whilst slightly more people identify as Christian than Muslim, the number of Christians that regularity go to church is vastly dwarfed by the number of Muslims who regularly attend the Masjid.

The number of people converting to Islam each year plus the number of those born and raised as Muslim each year is significantly higher than the number of all other faiths, atheists and agnostics combined. Research by the UK in 2018 suggests that 1 in 2 people in the world will be Muslim between 2050-2070 factoring in the millions killed each year in wars.