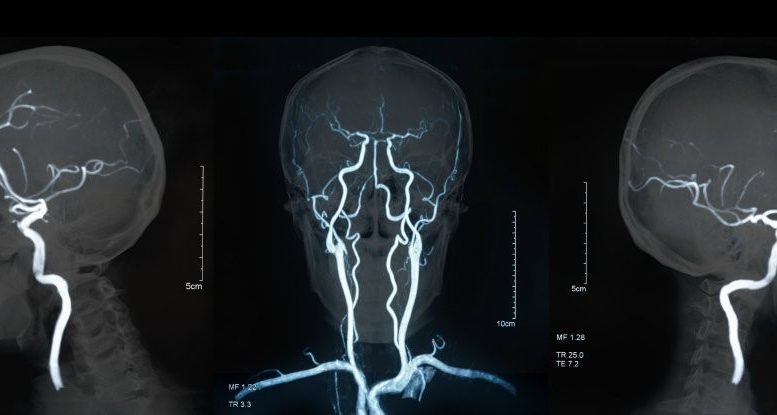 Duke University Discovers The Missing link Between Gut and Brain

” These findings are going to be the biological basis of a new sense.”

New research with mice may upend our understanding of the connection between the gut and the brain, as well as appetite.

If you’ve ever felt nauseous before an important presentation, or foggy after a big meal, then you know the power of the gut-brain connection.

Scientists now believe that a surprising array of conditions, including appetite disorders, obesity, arthritis, and depression, may get their start in the gut. But it hasn’t been clear how messages in this so-called “second brain” spread from our stomachs to our cerebrum.

For decades, researchers believed that hormones in the bloodstream were the indirect channel between the gut and the brain.

Recent research suggests the lines of communication behind that “gut feeling” is more direct and speedy than a diffusion of hormones.

Using a rabies virus jacked up with green fluorescence, researchers traced a signal as it traveled from the intestines to the brainstem of mice. They were shocked to see the signal cross a single synapse in under 100 milliseconds – that’s faster than the blink of an eye.

“Scientists talk about appetite in terms of minutes to hours. Here we are talking about seconds,” says senior author Diego Bohórquez, an assistant professor of medicine at the Duke University School of Medicine.

“That has profound implications for our understanding of appetite. Many of the appetite suppressants that have been developed target slow-acting hormones, not fast-acting synapses. And that’s probably why most of them have failed.”

Your brain takes in information from all five senses – touch, sight, hearing, smell, and taste – through electrical signals, which travel along long nerve fibers that lie beneath your skin and muscle like fiber optic cables. These signals move fast, which is why the scent of freshly baked cookies seems to hit you the moment you open a door.

Though the gut is just as important a sensory organ as your eyes and ears – after all, knowing when your stomach needs a fill-up is key to survival – scientists thought it delivered its messages by a multi-step, somewhat indirect process.

The thinking went, nutrients in your gut, stimulated the release of hormones, which entered the bloodstream minutes to hours after eating, eventually exerting their effects on the brain.

They were partly right. That tryptophan in your turkey dinner is notorious for its transformation into serotonin, the brain chemical that makes you feel sleepy.

However Bohórquez suspected the brain had a way of perceiving cues from the gut more quickly. He noticed that the sensory cells lining the gut shared many of the same characteristics as their cousins on the tongue and in the nose.

In 2015, he published a landmark study in the Journal of Clinical Investigation showing that these gut cells contained nerve endings or synapses, suggesting that they might tap into some kind of neural circuitry.

In this study, Bohórquez and his team set out to map that circuitry. First, postdoctoral fellow Maya Kaelberer pumped a rabies virus carrying a green fluorescent tag into the stomachs of mice.

She saw that the virus had labeled the vagus nerve before landing in the brainstem, showing her there was a direct circuit.

Next, Kaelberer recreated the gut-brain neural circuit by growing sensory gut cells of mice in the same dish with vagal neurons.

She saw the neurons crawl along the surface of the dish to connect to the gut cells and begin to fire signals. When the research team added sugar to the mix, the firing rate sped up.

Kaelberer measured how fast the information from sugar in the gut was communicated and was shocked to find it was on the order of milliseconds.

That finding suggests that a neurotransmitter like glutamate – which is involved in conveying other senses like smell and taste – might act as the messenger. Sure enough, when the researchers blocked the release of glutamate in the sensory gut cells, the messages went silent.

Bohórquez has data that suggests the structure and function of this circuit will be the same in humans.

“We think these findings are going to be the biological basis of a new sense,” Bohórquez says.

“One that serves as the entry point for how the brain knows when the stomach is full of food and calories. It brings legitimacy to idea of the ‘gut feeling’ as a sixth sense.”

In the future, Bohórquez and his team are interested in figuring out how this new sense can discern the type of nutrients and caloric value of the foods we eat.

The idea of eating for gut health has taken the wellness world by storm in the last few years. But gut health in general is a relatively new science.

While researchers have long understood the importance of the microbiome, which contains over 100 million nerve endings, they’re just beginning to understand how it communicates with parts of the body, namely, the brain.

“The findings could lead to new treatments for obesity, eating disorders, and even depression and autism—all of which have been linked to a malfunctioning gut.”

Thus further underscoring the importance of good gut health and sticking to a healthy diet.
In fact, a number of studies have determined that people with psychological disorders like depression have different species of bacteria in their guts as compared to people without psychological disorders, explains Ruairi Robertson, BSc, PhD, to Healthline.

By extension, “a small number of studies have also shown that certain probiotics can improve symptoms of depression and other mental health disorders,” she says.

This all lends legitimacy to the importance of eating with gut health in mind. Robertson suggests abiding by the nine dietary and lifestyle tentpoles to ensure a healthy microbiome.

Eat a diverse range of foods.
“This can lead to a diverse microbiome, which is an indicator of good gut health. In particular, legumes, beans and fruit contain lots of fiber and can promote the growth of healthy Bifidobacteria.”
Limit your intake of artificial sweeteners.

“Some evidence has shown that artificial sweeteners like aspartame increase blood sugar by stimulating the growth of unhealthy bacteria like Enterobacteriaceae in the gut microbiome.”

Eat fermented foods. “Fermented foods such as yogurt, sauerkraut and kefir all contain healthy bacteria, mainly Lactobacilli, and can reduce the amount of disease-causing species in the gut.”

Eat prebiotic foods. “Prebiotics are a type of fiber that stimulates the growth of healthy bacteria. Prebiotic-rich foods include artichokes, bananas, asparagus, oats and apples.”

Eat whole grains.
“Whole grains contain lots of fiber and beneficial carbs like beta-glucan, which are digested by gut bacteria to benefit weight, cancer risk, diabetes and other disorders.”

Consider a probiotic supplement.
“Probiotics are live bacteria that can help restore the gut to a healthy state after [microbial imbalance]. They do this by ‘reseeding’ it with healthy microbes.”

Try a plant-based diet.
“Vegetarian diets may help reduce levels of disease-causing bacteria such as E. coli, as well as inflammation and cholesterol.