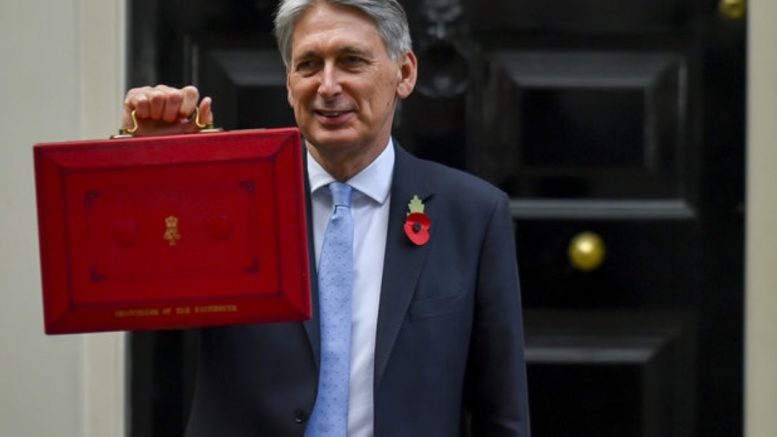 Spending Cuts Not Being Reversed Despite ‘Austerity Is Over’ Claim, the speech was utter bullshit, according to the Institute for Fiscal Studies (IFS).

‘This is no bonanza. Cuts to public spending are not about to be reversed despite Philip Hammond’s claim austerity is over.” a leading economics think-tank has said.

In its analysis of the Budget, the Institute for Fiscal Studies (IFS) said there were “more difficult years ahead” and warned the chancellor was taking a “gamble” with the public finances. Which is a polite way of saying they are fudged and that his speech of pure bullshit is worth even less than the pound currently. The news comes as Ireland rejects a record number of UK applicants attempting to Giannini away citizenship by claiming Ireish heritage.

Let’s face it the UK is truly in the crapper over war crimes, corruption and bankruptcy with more than £2tn of sovereign debt and a negative annual net income. The only companies willing to do business with post Brexit Britain likely to be profiteers and vultures ready to pick its bones clean.

Paul Johnson, the director of the IFS, said on Tuesday that despite some misleading giveaways from Hammond the Budget was “no bonanza” for voters.

“Many public services are going to feel further squeezed for some time to come,” he said. “Cuts are not about to be reversed.”

Some, some cuts are being slowed, temporarily, that’s all. And the tax payers in the form of small business owners, chronically ill and self employed hard workers will pay for it.

He added: “If I were a prison governor, a local authority, chief executive or a headteacher I would struggle to anything at all to celebrate.”

Addressing the government’s claim the Budget meant austerity was now over, the IFS concluded: “It doesn’t.”

Hammond used Monday’s Budget to announce a £100bn loosening of the purse-strings. From which only those working for central government actually seem to pocket the fruits.

The chancellor gave income tax breaks to 32 million voters, instead hitting the small companies that employ them hard, meaning they will pay no tax as they will have no jobs.

Theresa May this morning was forced to defend a coup calling for early elections again following at least four votes of no confidence within a month.

The chancellor declared in his Budget that public spending would increase by 1.2%. Yet in areas that will most certainly not trickle down to the general public, far from it unemployment is set to sky rocket, with less benefits and a weakened health and education system in place to help those turfed out.

The IFS added hat despite the extra cash, there was “nothing particularly historic” about the announcement and that the real term impact will be “zero or negative when balanced with other announcements”.