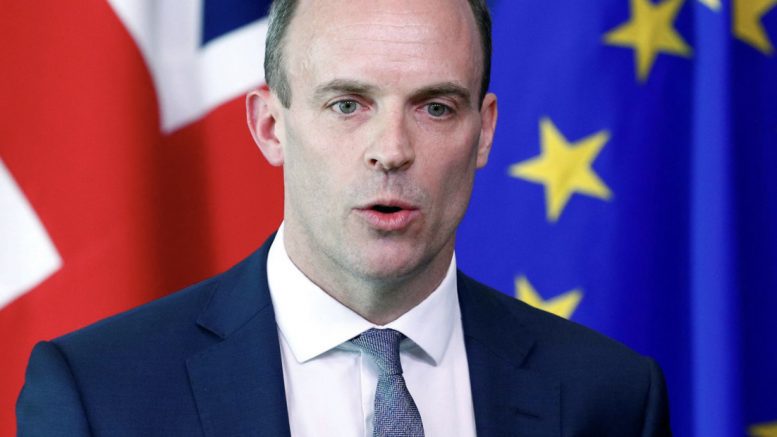 Dominic Raab has admitted he did not realise how much UK trade relies on the Dover-Calais [England-France] crossing.

The Brexit secretary called Britain a “peculiar geographic economic entity” as he called for a “bespoke” deal with the EU on goods, after realising that the large majority of UK global exports and imports actually have to physically travel through to EU to get to the UK via France. Meaning that the UK leaving the EU would disrupt and increase costs on almost all global imports and exports. Outside of the EU the UK would also have no say or vote on how these are regulated, charges or kept secure and safe.

He told a tech conference in north London on Wednesday: “I hadn’t understood the full extent of this.”

“But if you look at the UK and look at how we trade in goods, we are particularly reliant on the Dover-Calais crossing. And that is one of the reasons why we have wanted to make sure we have a specific and very proximate relationship with the EU, to ensure frictionless trade at the border.”

Mr Raab had said at the start he was “terrified” of attending the conference “if I get anything wrong I am for the high jump”.

Under the government’s proposal, the UK would stay in a customs union with the EU after 29 March 2019 – the date it is expected to leave the bloc.

A future trade deal would then be negotiated, but there are concerns over a “backstop” solution to prevent a hard border reforming in Ireland if no agreement is made, which could involve the UK remaining in a customs union for longer.

“I think probably the average consumer might not be aware of the full extent to which the choice of goods that we have in the stores are dependent on the EU”.