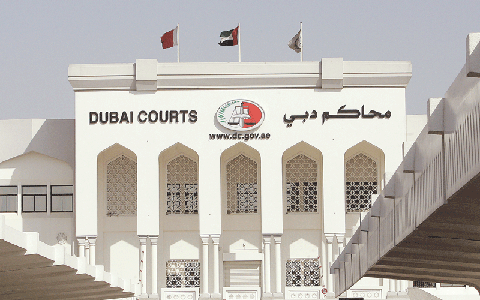 British spy, sentenced to life in prison in Dubai, UAE

A British spy has been sentenced in court to life in prison in the United Arab Emirates’ city of Dubai.

The man found guilty in the criminal courts was said to have used the identity of a 31 year old PhD student named Matthew Hedges.

The UK government has insisted that Hedges is a genuine student and not a spy.

Hedges, 31, a Durham University PhD student, had been detained as he was leaving Dubai Airport on 5 May 2018.

Authorities said his research in the country for his thesis on security policies after the Arab Spring was a “cover” for carrying out surveillance for a “foreign agency”, named as the UK government.

There had been hopes that he would be granted freedom after he was released on bail at the end of last month. The Prime Minister of the UAE, Crown Prince of Dubai, HH Emir Sheikh Mohammed bin Rashid Al-Maktoum has previously granted royal pardons to many UK detainees, allowing their freedom on the condition they return to the UK and never return to the UAE.

The UAE’s federal court of appeal had postponed hearing his case until Wednesday to re-examine its evidence, with Mr Hedges allowed out of jail without his passport until the hearing date. Detainees facing life in prison are not granted the possibility of bail in the UK.

However on his return to the Court of Appeal, Mr Hedges’s guilty verdict was reconfirmed and a sentence passed.

A family spokeswoman confirmed he had been sentenced to life.

His wife Daniela Tejada-Hedges, who was in the court room to witness the handing down of the sentence, said in a statement: “I am in complete shock and I don’t know what to do. Matthew is innocent. The [UK] Foreign Office know.”

“The British government must take a stand now for Matthew, one of their citizens. They say the UAE is an ally.”

The Hedges family have joined a long list of families complaining that the UK Foreign office does nothing to protect their citizens overseas. Famously former Foreign Minister Boris Johnson actually managed to get a sentence of a British citizen in Iran lengthened after he “mistakenly confirmed” she was a spy.

A life sentence in the UAE is not as long as life in the UK.

Life in the UK means life with a minimum number of years to be served in jail (typically 15-40) before you can apply for parole once every two years, you must remain under strict watch and license for the rest of your life with most of your freedoms and rights removed.

In the UAE life is a maximum of 25 years in jail, with the right to appeal after 30 days and annually thereafter. Once free you are free to rehabilitate and rebuild your life. The focus is on reform similarly to nations such as Sweden rather than punishment such as nations like the UK or USA.

It is understood Hedges was also ordered to pay his own costs.

“We are of course deeply disappointed and concerned at today’s verdict. We are raising it with the Emirati authorities at the highest level.”

Foreign Secretary Jeremy Hunt, who along with minister of state for the Middle East Alistair Burt has travelled to the UAE to make representations on Mr Hedges’ behalf, said he was “deeply shocked” by the sentence.

He said: “I am deeply shocked and disappointed by the verdict today. I have personally raised the case of Matthew Hedges at the highest levels of the UAE government, including during my visit to Abu Dhabi on 12 November.

Ms Tejada last month expressed concern for his safety, saying he was being held in solitary confinement at an undisclosed location with limited access to the British consulate and his family.

The court ruled that Hedges would be deported from the country after the execution of the sentence and would be charged the costs of the legal case. The court also ordered the confiscation of all his equipment, devices, research and studies.”

It is understood that Hedges collected sensitive, classified and restricted data and photographs of security systems, services and plans in place to protect the UAE from cyber and international pressures that were engineered to trigger regime changes in the Arab Spring. Hedges argued that this information was for academic use only to form part of his thesis to be published towards his PhD.

The UAE authorities argued that publishing such material even as part of a thesis was disclosing classified military intelligence and in itself was espionage. They further argued that they did not believe a reputable UK University would have signed off on such a project as they would have known the legal problems with trying to collect this data, which even in the UK would break multiple espionage laws. The UAE authorities argued that they believed the UK government has arranged the ordeal as a cover to facilitate spying on close allies.