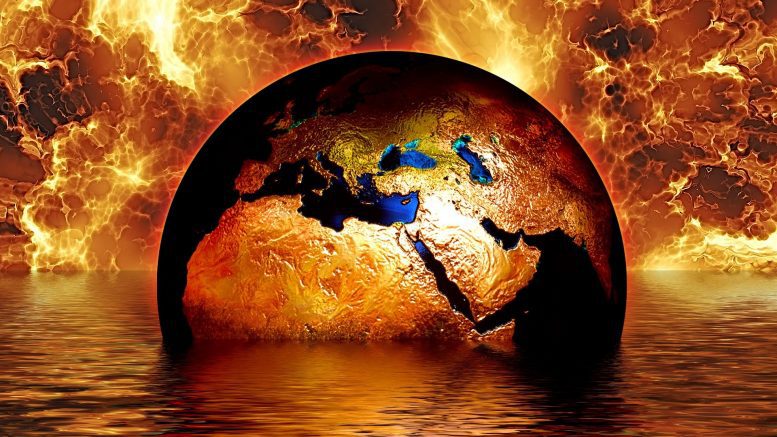 Planet has only until 2030 to stem catastrophic climate change, expert warns

None of the G20 group of major world economies is on course to adequately reduce climate change, with 82% of the bloc’s energy supply still coming from fossil fuels, a new report has warned.

Of the G20 countries, only India has set targets that would keep global temperature rise below 2 degrees Celsius, the upper limit recommended by the Paris Climate Agreement, if adopted globally.

The world is heading for a 3.2-degree rise, the Climate Transparency organization reported, in an analysis of the G20’s current emissions-cutting targets for 2030 published recently.

Targets set by the worst offenders — Russia, Saudi Arabia and Turkey — would lead to a rise of more than 4 degrees if they were adopted worldwide, the report added.

The landmark Paris Agreement, drafted in 2015, resulted in an aim to keep global warming below 1.5 degrees compared to pre-industrial levels, with 2 degrees set as an upper limit.

Planet has only until 2030 to stem catastrophic climate change, scientists warn. The scientists have said this represents the last chance to save coral reefs, the Arctic ecosystem and the wellbeing of hundreds of millions of people at risk of increased drought, flooding and forest fires.

But the report cautions that those targets are virtually impossible to reach at current rates. It follows similar warnings made last month by the Intergovernmental Panel on Climate Change (IPCC), which found that the earth will reach the crucial 1.5 degree threshold as early as 2030.

“The G20 economies actually need to cut their emissions by half by 2030 to keep warming below 1.5°C,” said Jan Burck, senior adviser at equality NGO German watch, one of the report’s authors. German watch is one of 14 partners that make up Climate Transparency.

“But instead of responding to the urgency of climate change, the G20 countries continue to pour money into factors that drive climate disruption, like fossil fuel subsidies, instead of taking stronger action,” he added.

G20 countries account for around 80% of the world’s global greenhouse gas emissions, according to the World Resources Institute.

“It’s in the G20’s own economic interests to shift from brown to green energy, but we’re still seeing major investment into the fossil fuel industry, along with huge subsidies due to political pressures that are working against effective climate change,” said Charlene Watson of the Overseas Development Institute (ODI).

Fossil fuel subsidies from G20 nations totalled $444 billion a year, according to a 2015 study by the ODI , although they pledged to phase them out more than 10 years ago.

The paper, by the global partnership Climate Transparency, found 82% of energy in these countries is still being provided by coal, oil and gas, a factor which has relied on an increase of about 50% in subsidies over the past 10 years to compete with increasingly cheap wind, solar and other renewable energy sources.

Individual nations were also singled out by the report, with Britain and France praised for commitments to phase out fossil fuel vehicles, but several others countries were criticized for setting insufficient goals.

Deforestation was also highlighted, with the report noting rapid forest loss in Brazil, Argentina and Indonesia and warning that of those countries, “none show any signs of reversing this trend.”
Brazil’s newly-elected far-right President Jair Bolsonaro has promised to open up tracts of the Amazon rainforest to development, prompting an outcry from environmental groups.

“We hope our new President will keep Brazil in the leadership of climate negotiations and increase climate action within the country,” said William Wills, research coordinator at Brazilian organization Clima, which contributed to the report.

This year’s G20 summit will take place in Argentina on November 30.