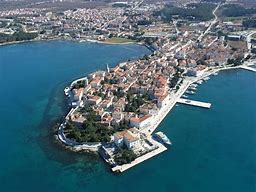 The country will raise its visitor levy by 25% per night

Croatia is the latest destination to announce an increase in its tourist tax, in an effort to mitigate the impact of its growing holiday industry.

The country will raise its visitor levy from 8 kuna per night to 10 kuna per. night from next year.
The new rate will apply to all accommodation during peak season, with the exception of campsites.

Gari Cappelli, the country’s tourism minister and president of the Croatian tourist board, said money raised would be distributed to the Red Cross, the tourist board and destinations within the country.

“I am sure that all our dear guests would gladly contribute to the beauty, infrastructure, offer and promotion of destinations in the Republic of Croatia,” said Cappelli.

While the new levy will add just £2.88 per person onto the cost of a fortnight’s holiday – roughly equivalent to two bottles of local beer – it’s part of a wider move by holiday destinations to raise tourist taxes.

Earlier this summer Barbados announced that it was increasing its visitor levy, which could see families pay £200 extra for a fortnight’s stay.

Tourist taxes | For accommodation across Europe
Austria
Vienna and Salzburg: Between €0.15 and €2.18 per night.
Belgium
Antwerp: €2.39 per night
Bruges: €2.00 per night
Brussels: Depends on hotel capacity.

While many destinations impose such taxes to support sustainable tourism, Barbados is doing so to raise money to reduce its overwhelming deficit.

New Zealand has also announced plans to introduce a tourist tax of NZ$35, which would be payable on arrival. The government said the tax was to ensure that tourists “contribute to the infrastructure they use and help protect the natural environment they enjoy”.