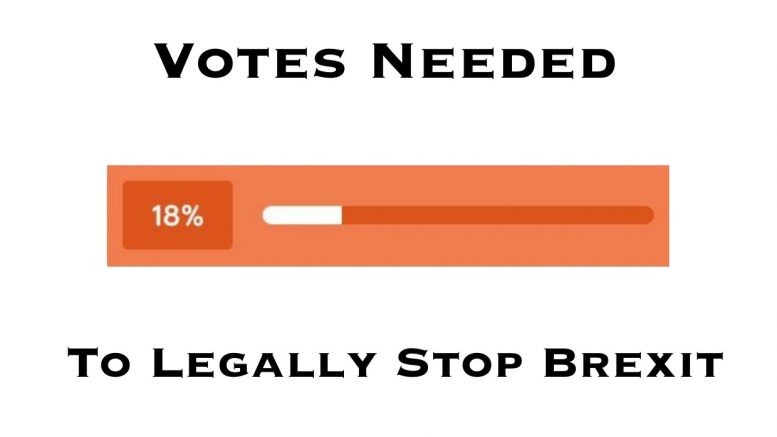 17.6% of the signature required to legally stop Brexit have now been secured (in just over one day). Sign HERE.

More than 300,000 people signed it in just three hours on Friday morning. Bringing to total to over 3 million!

From a strictly legal point of view priament already has to discuss the petition. But should the petition break 17 million signature there would be cause for legal challenge to unilaterally revoke Article 50 and stop Brexit. As such the petition is 17.6% there. With a king way to go and only a few days to do it.

There’s wide spread bot rigging, that’s why it will be ignored, just like those George Soros funded protests in London… Read more »