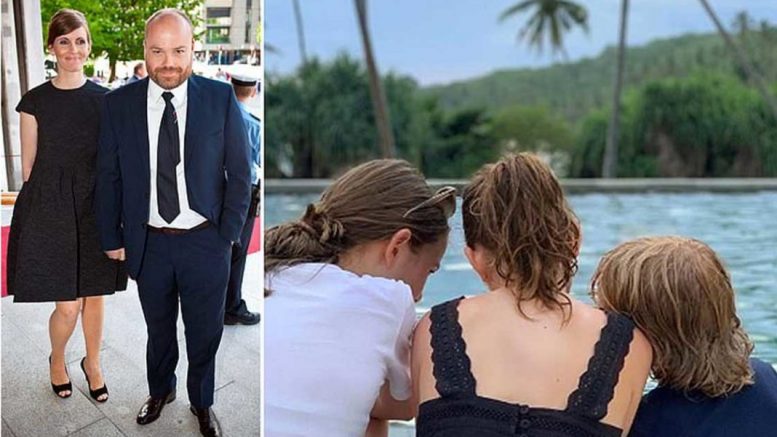 Three children of the Danish billionaire fashion tycoon behind Asos have been killed in the Sri Lanka terrorist attacks.

This weekend saw at least 310 people killed and over 500 inured in 6 bomb attacks at luxury hotels and places of worship across the popular tourist island. (Read more)

Anders Holch Povlsen is Denmark’s wealthiest man with a net worth of $7.9bn, according to the business magazine Forbes, and is believed to be the largest landowner in Scotland after buying a string of historic estates.

He and his wife, Anne Storm Pedersen, hold an estimated 80,000 hectares (200,000 acres) of the Highlands, and plan to rewild the landscape to preserve it for future generations.

The bombings across Sri Lanka on Easter Sunday killed at least 310 people. An investigator said seven suicide bombers had taken part in the attacks. An additional bomb was discovered unexploded at Colombo airport which would have undoubtedly claimed dozens of lives.

Jesper Stubkier, the communications manager for Holch Povlsen’s wholesale clothing business, Bestseller, said: “I can confirm that three children have been killed. We have no further comment and we ask that the family’s privacy is respected at this time.”

The spokesman declined to comment on which of Holch Povlsen’s four children had died, or whether other members of the family had been visiting Sri Lanka.

Holch Povlsen is best known in the EU for being the largest shareholder in ASOS. His 26.7% stake in the group, mostly built during a spell of share-buying between 2010 and 2012, is worth about $1.121bn.

Though Asos’s stock market value has halved since March 2018, Povlsen has made a substantial profit from the investment, with his holding worth about double what he paid for it, according to calculations made by the Guardian.

Polvsen’s fortune includes his ownership of the Bestseller fashion business – which was founded by his parents, includes brands such as Vero Moda and Jack & Jones, and sold more than $52m of products to ASOS last year. He took over the business when he was 28.

He also has a string of investments in land and property. The Povlsens have acquired five country sports estates between Ben Loyal and Eriboll, close to the village of Tongue in the Highlands, as well as several stalking estates further south such as Glenfeshie, the couple’s home in the Cairngorms. Many include luxury holiday and hunting lodges for rent.

Through one of his UK companies, Polvsen also owns Berkertex House, a commercial property on Oxford Street in London, which he acquired in 2014 for £105m GBP ($136m USD).

He has also been touted as one of the tycoons who could cause the London Shard to lose its title as the tallest skyscraper in Europe. This year, Povlsen announced plans for a 320n metre skyscraper, nicknamed Bestseller Tower, which is expected to be built in Brande, a town of 7,000 people in rural Jutland, Denmark.