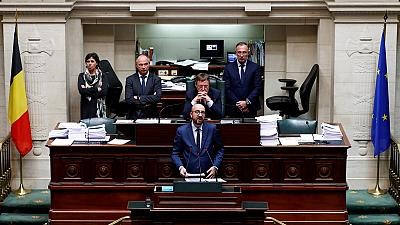 Belgium formally apologies for the abduction of mixed race children

Belgium’s Prime Minister Charles Michel has formally apologized for the
country’s kidnapping of mixed race children from Burundi, DR Congo
and Rwanda during the colonial era, adding that the country would do
more to fight discrimination, racism and xenophobia, which is currently gripping Europe.

On behalf of the federal government, I apologize to the mixed race
people with roots in Belgian colonization and to their families for the
injustice and suffering they went through. I also wish to express all our
compassion for the African mothers whose children were torn away from
them.

The children, born to mixed race couples in the 1940s and 50s,
were forcibly abducted from their mothers and brought to Belgium where
they were fostered by the Catholic Church and other institutions.

Speaking in the Belgian parliament, Charles Michel noted the country
had breached the children’s basic human rights, seeing them as a threat
to the colonial system.

“On behalf of the federal government, I apologize to the mixed race
people with roots in Belgian colonization and to their families for the
injustice and suffering they went through. I also wish to express all our
compassion for the African mothers whose children were torn away from
them,” said Belgian Prime minister, Charles Michel.

About 20,000 children are believed to have been affected. Most fathers
refused to acknowledge the paternity of their children.

“By setting up a system of targeted segregation against mixed race
people and their families in Belgian colonial Africa, the Belgian state
acted contrary to respect for fundamental human rights. That is why, on
behalf of the federal government, I recognize the targeted segregation of
which mixed race people were victims under the colonial administration
of the Belgian Congo, Rwanda and Burundi until 1962 and in the wake
of decolonization, as well as forced kidnappings,” Charles Michel added.

Some of the children never received Belgian nationality and remained
stateless. Two years ago, the Catholic Church apologised for its role in
the scandal.