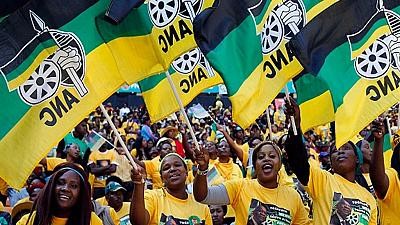 As nearly 27 million South Africans prepare to vote in the general
elections scheduled for May 8, it is uncertain how the country’s youth
who count for the majority of registered voters will sway the polls.

The voice of the youth is divided. A few maintaining confidence in the
ruling party while most have expressed their confusion in light of the
country’s political climate ahead of May 8.

Tertiary student, Kgatlego More’s choice is informed by the party’s
concern in youths.

I think my vote can maybe make a difference in our country. The year
2019, it’s been nice because I’ve been in programs that teach me how to
become a leader of tomorrow. So I am starting my political life while I’m
still young and can understand and see the consequences of today.

“The reason why I was behind EFF (Economic Freedom Fighters-far left
opposition party in S.Africa) was because they voiced the opinions of the
youth. They make us realise that our anger is valid, you know. They tell
everyone, they make it vocal which is something that all these other
political parties, the DA, the ANC and all the others that come after that,
fail to do.

‘‘When I look at the EFF, I sort of question where their intentions lie.
Because on one hand they do voice our opinions but at the same time I
mean they drive fancy cars, they’re always at these fancy celebrations
and whatever so is it kind of, I don’t know where I stand with that,” he
said.

Lebone Hiasa, is a high school student and first time voter. According to
her, “a lot of people don’t vote nowadays because they say when they
vote their issues are not resolved. I think my vote can maybe make a
difference in our country. The year 2019, it’s been nice because I’ve
been in programs that teach me how to become a leader of tomorrow.
So I am starting my political life while I’m still young so that I can
understand the consequences its making.”

South African voters will go to the polls to elect a president but in an
indirect process that involves voting for members of the legislature
instead. The party with majority in the parliament deploys one of their
own members to become president.

The elections of May 8 will usher in the fourth president of the country
since the end of apartheid in 1994.