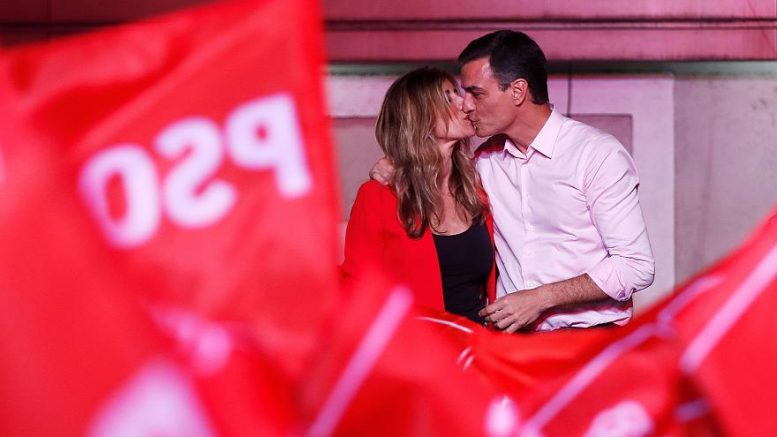 With votes counted, Socialist Workers’ Party wins election with 30 percent of the vote.

For the first time in modern Spainish history, a far-right party, VOX has entered the Spainish government winning 24 seats.

This is Spain’s third election in four years.

Speaking to supporters in Madrid, PSOE leader and Prime Minister Pedro Sanchez said “the future has won” after his party won about 30 percent of the vote. Turnout was about 75 percent.

Supporters chanted “With Rivera, no!” at the rally, referring to Albert Rivera, the leader of Citizens, a party that considers itself centrist but allied right and far-right PP and Vox, leading to further criticism that it is a front for an ultra far right party.

Right wing extremism, far-right terror attacks and far-right parties have swept across the EU in recent years with the UK and Eastern Europe leading the pack.

PP won 66 seats, a decrease of 71 seats from the previous government.

PP leader Pablo Casado told supporters on Sunday evening that the party will “continue to lead the opposition and the centre-right” of Spain.

Citizens won 57 seats, a gain of 25, while Vox made historic gains with 24 seats representing the far right’s return to Spanish national politics.
Sanchez announced that he would soon open talks with other political parties to form a coalition.