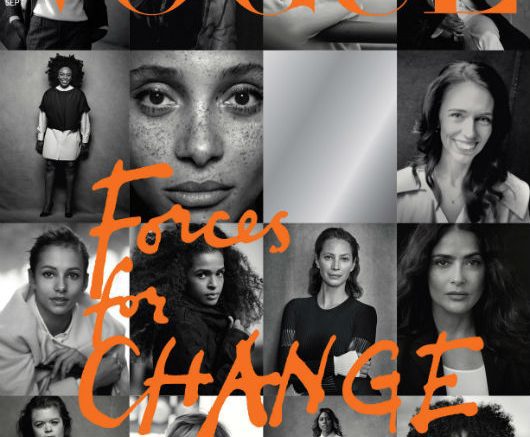 Vogue photographer reveals what Meghan Markle wanted from her position as guest editor.

HRH The Duchess of Sussex used her guest editorship to highlight the work of 15 influential female trailblazers.

Photographer Peter Lindbergh, who shot the 15 women selected by the Duchess of Sussex as “Forces for Change” in this month’s British Vogue, has revealed that Meghan Markle issued some instructions to him over the phone with regards to the shoot.

“I hate retouching, I hate make-up” Lindbergh explained as he insisted the buzz word set by Meghan was “natural.”

“The number of beautiful women who have asked me to lengthen their legs or move their eyes further apart… you would not believe. It’s a culture of madness.”

Lindbergh was therefore thrilled when it became clear that Meghan had the same approach to the shoot as he did. Speaking to the royal on the phone the night before one of the two shoots took place in June this year, the photographer said:

“My instructions from the Duchess were clear: ‘I want to see freckles!'”

“Well, that was like running through open doors for me. I love freckles.”

This week, Meghan became the first person to guest edit the September issue of British Vogue, using the opportunity to celebrate 15 women she admires from the worlds of activism, politics, sports and Hollywood.

All but one of the 15 women featured on the cover of the issue were shot in New York or London. Sixteen-year-old Greta Thunberg was shot in Sweden – the climate change activist has a strict personal “no-fly” policy.

Edward Enniful, editor-in-chief of the magazine described it as an “honour” to have the Duchess involved, saying that, “to have the country’s most influential beacon of change guest edit British Vogue at this time is an honour, a pleasure and a wonderful surprise.”