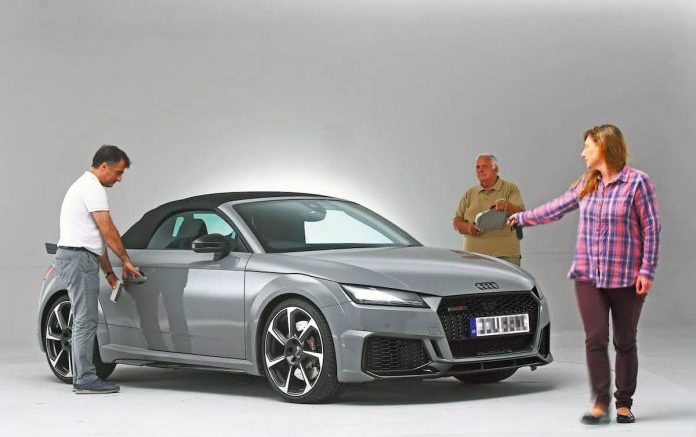 Some of the newest and most popular cars are at risk of being stolen in seconds by exploiting weaknesses in keyless entry systems according to a new report into car theft from What Car magazine.

The systems are designed to let drivers open and start their cars without taking their key out of their pocket.

What Car? security experts performed the tests using the same specialist technology operated by thieves across the UK, Europe, US. Canada, Australia and New Zealand.

They measured the time it took to get into the cars and drive them away.

Car theft rates in the UK have reached one of the highest levels this century. In 2018 more than 106’000 cars were stolen in England.

And motor theft insurance claim payouts hit their highest level in seven years at the start of 2019.

The Association of British Insurers said claims for January to March were higher than for any quarter since 2012.

Audi’s parent company, the VW Group, said it collaborated with police and insurers as part of its “continual” work to improve security measures.

The PSA Group – the parent company of DS – told What Car? it had a team dedicated to treating potential security weaknesses and worked closely with police to “analyse theft methods”.

It also said dealers could deactivate the keyless entry systems on the latest cars at the owner’s request.

Jaguar Land Rover said: “The Discovery Sport model tested is no longer in production. The current Discovery Sport produced today features technology which prevents relay attacks.” (One of the most common methods used).

“In addition, all our vehicles are available with InControl tracking devices which have delivered a more than 80% success of recovery.”

Thieves, normally working in pairs, will target a car parked outside a house.

One criminal will hold a device close to the car that boosts the signal meant for the key, while the other thief will stand close to the house with another device that relays that signal to the key, fooling the system.

Once the cars have been stolen, they will be stripped for parts, police say.

What Car? was unable to break into cars that had motion detection installed as a safety measure, however the technology is not available across much of the car market.